According to a Forbes article, 40 percent of Americans  make New Year’s resolutions. But how many do you think are successful in keeping them? The article cited a University of Scranton study that found 8 percent of people meet their goals for the New Year. Yeah, that means nine out of 10 people fail in their attempts to improve themselves.

I admit I’ve been more successful myself some years than others.  But this year I have a different plan: I’m dividing my resolutions into three categories:  Not Gonna Happen, M’eh, Who Knows and Slam Dunk.

Run a marathon — Sure, I think it’d be amazing to say I ran 26.2 miles in a single race. But let’s face it, that would take training and dedication, and yeah …

Give up Coke — That’s Coca-Cola, people. Yes, I understand that it’s bad for me, but it’s just so damn tasty! Plus, I drink the Mexican variety made with cane sugar and not corn syrup, which makes them good for me, right?

Go dancing more — Actually, going out dancing even one time would be more. We haven’t gone in 20 years. At least I can place some of the blame on Kelly — he doesn’t dance. Plus the music is too loud, the drinks are overpriced and there are too many people.

Cool my temper — Hey, I’ve been making real progress with this one for years. I have, dammit! When I lose my cool, Gus says I’m his angry dad. I reply with one of my favorite Homer Simpson quotes from the very episode featuring Angry Dad, “I’m just passionate … like all us Greeks.” I need to be less passionate.

Be more patient — I’m the first to admit that patience is not one of my virtues. I once had to tell my doctor that the source of my elevated blood pressure was the fact he kept me waiting while he was out shopping for a few more holiday gifts for his staff. Taking it a little slower would be good for me, and for the boys.

Be less controlling — I actually prefer the term “leader” rather than controlling, because we all know control freaks are jerks. At least that’s what I keep telling Niko, whose own issues with control mirror mine so closely that it’s freaky. Maybe getting my control issues, well, under control, will help him to reign his in too.

Become my father a little more every day — I’m slowly but surely becoming an old Greek guy just like my dad. Come to think of it, all of those would-be resolutions in “M’eh, Who Knows?” are traits I’ve inherited from him — along with high triglycerides and a predisposition for hypertension. Oh God, I even explain the Greek roots of English words!

Be continuously grateful — Let’s be honest, being married with two kids, and living in the suburbs are not exactly how I thought my life was going to pan out. But I’m incredibly thankful it did. And I want to be grateful every day for whatever comes my way — good, bad or ugly. I want to see the good in every situation.

Cherish my kids — For all the jokes I make at their expense, for all the times they frustrate me, I really love my kids with every fiber of my being. They are the best  things to ever happen to me.

Drink more — Booze, that is. Yeah, I’ve got this one covered.

If I’m successful at just one of these, it’ll definitely be that last one. 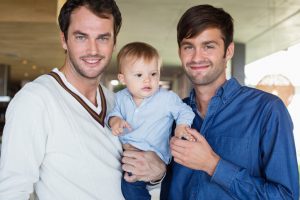