When Judge Robert Shelby overturned the voter-approved ban of same-sex marriages in Utah on December 20th, people across the United States were justifiably surprised. Shelby is a registered Republican, he attended Utah State University, and was endorsed by Republican Senators Orrin Hatch and Mike Lee. Utahns aren’t known for their left-leaning views, and Utah State isn’t known for churning out progressives. When a politico has the endorsement of LDS Republicans, they generally aren’t going to make history with liberal decisions.  Shelby ruled, however, that the ban on same-sex marriage in Utah violated the constitutional rights of same-sex couples and overturned the ban, opening the doors for same sex couples throughout the state to wed.

Unsurprisingly, the state is fighting marriage equality and has requested numerous stays on Shelby’s ruling. With those stays declined, new Attorney General Sean Reyes is requesting $2 million dollars to overturn Shelby’s ruling to restore “traditional marriage”.  While there are countless reasons to support marriage equality, one easily trackable reason is a basic one: fiscal responsibility.

Being that Reyes is a staunch Republican, one might wonder why he is trying to spend literally millions of dollars so egregiously.  Isn’t a  Republican platform the belief that the government wastes too much money and spends it on unneeded services? In this case, Reyes is trying to use tax-payer money to overturn a ruling that, contrary to his belief, will only benefit the state.

Marriage equality, otherwise termed “gay marriage”, consistently brings in revenue for both the government and the economy overall when it becomes law in a state. TIME magazine reported in the year after New York initially legalized marriage equality, the state had a large upswing in revenue and Mayor Bloomberg lauded the impact it had on the economy. Weddings and their accompanying receptions are a huge industry that has been untapped in the LGBTQ community for years.

Weddings, and receptions, include so many services. There might be a photographer, catering, cakes, decorations, hotel rooms for guests, venue rentals, new clothing, rings, accompanying jewelry, makeup, hair styling, transportation, presents; the list goes on. People spend thousands upon thousands of dollars getting married and celebrating that union, and guests fly in from all over for the happy day. With those guests come their checkbooks; they have to eat, sleep and transport themselves in the happy couple’s city. The newlyweds will then most likely take off on their honeymoon, again spurring the economy with travel and tourism.

By opening up a state to marriage equality, that state is bringing in extra money and buoying its economy, showing that denying same-sex couples the right of marrying is not fiscally responsible. While that would be bad enough in its own right, Reyes wants to use a couple million of tax payer’s dollars to further stunt Utah’s growth. With the money going toward stymieing people’s rights, it’s a poor fiscal choice for many reasons besides just moral ones. With the 2013 Supreme Court rulings, it’s clear that further rulings are leaning toward equal rights for all. Public opinion is also consistently becoming more accepting of marriage equality, and it is only a matter of time until marriage equality is federalized. With that in mind, the $2 million Reyes wants is not only a poor investment, it’s just outright waste.  How can Reyes and Republicans in general cry foul when the government “wastes” money but then turn around and do just that in good conscience?

The $2 million that Utah wants to spend battling equal rights for its citizens could be used in much better ways. It could combat air pollution.  It could buy computers and textbooks for school children and help an embattled school system. It could repair the roads, be used for infrastructure, or for social service programs. The fact of the matter is fighting against marriage equality is a losing battle. People are realizing that offering people equal rights isn’t a bad thing; treating others with dignity and respect is what moves societies forward.  In fighting marriage equality, Utah’s economy is being denied millions in revenue and hard earned tax-payer money is being used to halt a lucrative industry. Reyes, Utah, and the people against marriage equality are not only championing a morally bankrupt cause, they’re championing fiscal mismanagement to further damage Utah and its citizens. They’re saying that stopping the rights of consenting adults to share their love is more important than buying supplies for school children or funding clean air initiatives.

Utahns should look long and hard at the economy and how Reyes wants to spend their money. In supporting marriage equality, they will be supporting a healthier state, embracing fiscal responsibility and doing the right thing in the process.

Konrad Juengling is a news enthusiast and follows LGBTQ issues closely. He currently lives with his boyfriend Robert, both of whom work in finance. Juengling collects literature and helps to run a gay men’s book club. One of the Juengling family homes is located in Bountiful, Utah, near the Bountiful Temple.  Juengling can be reached at Konrad.juengling@gmail.com. 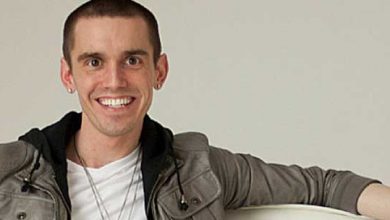 HIV activist Josh Robbins: ‘I want to be heard in my healthcare’

The problem of the moderate Mormon

My Interview with Chris Butt