The state of Utah is still in a quandary over same-sex marriage since District Judge Robert Shelby declared the states laws prohibiting couples from marrying are unconstitutional. Gov. Gary Herbert’s chief of staff issued a statement to the governor’s cabinet saying Utah’s recognition of same-sex marriages is on hold. Utah Attorney General Sean Reyes sent an email a few hours later saying that the office has not determined the validity of the marriages. The Utah State Tax Commission cancelled a meeting scheduled for tomorrow to determine how to treat same-sex couples married in Utah on their state income tax filings.

The governor’s chief of staff, Derek Miller, sent the following memo to the cabinet early this morning:

With the district court injunction now stayed, the original laws governing marriage in Utah return to effect pending final resolution by the courts. It is important to understand that those laws include not only a prohibition of performing same-sex marriages but also recognizing same-sex marriages.

Based on counsel from the Attorney General’s Office regarding the Supreme Court decision, state recognition of same-sex marital status is ON HOLD until further notice. Please understand this position is not intended to comment on the legal status of those same-sex marriages – that is for the courts to decide. The intent of this communication is to direct state agency compliance with current laws that prohibit the state from recognizing same-sex marriages.

We appreciate your patience and diligence in this matter. We recognize that different state agencies have specific questions and circumstances that will need to be worked through. Please do so with the Assistant Attorney General assigned to your respective agency in coordination with the Governor’s General Counsel. We also recognize that these changes affect real people’s lives. Let us carefully and considerately ensure that we, and our employees throughout the state, continue to treat all people with respect and understanding as we assist them.

The Attorney General’s office followed with:

“We understand that this is a matter of great public import that impacts lives on a very personal basis. Prior to and since the U.S. Supreme Court stay of the district court’s injunction in Kitchen v. Herbert, our office has been researching the proper legal course to address this uniquely challenging issue without any clear precedent to guide us.

We are unable to reach a legal conclusion as to the ultimate validity of marriage between persons of the same sex who completed their marriage ceremony in Utah between Dec 20, 2013 and Jan. 6, 2014. That question remains unanswered and the answer will depend on the result of the appeal process.

The Office of the Attorney General has advised the Governor in this case and will continue to work with the Governor and the individual agencies as they evaluate the application of specific policies and benefits within their agencies. A review team has been established to advise on a case-by-case basis.

The stay means that Utah’s laws defining marriage, including Amendment 3 are again in effect and the county clerks in all of Utah’s 29 counties, since the entry of the stay on January 6, are unable to issue licenses to marry persons of the same sex.

The State can neither recognize nor confer new marital benefits. While the ultimate validity of such marriages is subject to the decision of a higher court, it is clear that the State is bound by law to limit any benefits attaching after the stay.

We acknowledge that this is a very difficult situation for many. It was the reason our office sought the stay of the district court’s decision immediately. We wanted to avoid the untenable situation in which many of our citizens find themselves. We are diligently seeking certainty for all Utah s through proper and orderly legal process.

The American Civil Liberties Union of Utah sent a letter to the Attorney General’s office, and wrote in a statement today,

“When these couples married, they immediately obtained all of the same protections and obligations enjoyed by all of the other married couples in Utah.” said John Mejia, Legal Director of the ACLU of Utah. “Because these rights were vested when they were married, they are protected by the due process guarantees of the Utah and United States Constitutions,” he continued. “To refuse to recognize these marriages would be at odds with the couple’s vested rights. And, as Utah itself has recognized before the Supreme Court, to try to retroactively invalidate these marriages would be an affront to the dignity and financial well-being of these couples and their families. It is for these reasons that we have urged the Utah Attorney General to recognize these marriages and not consider any attempt to ‘unwind’ them,” he concluded.

The Human Rights Campaign President Chad Griffin said, “Today’s decision harms hundreds of Utah families and denies them the respect and basic protections that they deserve as legally married couples. Governor Herbert has once again planted himself firmly on the side of discrimination by preserving the second-class status he believes gay and lesbian Utahans merit. These families deserve better and I have no doubt the courts will soon grant them the justice and equality that our Constitution demands.”

U of U to Observe Lavender Graduation 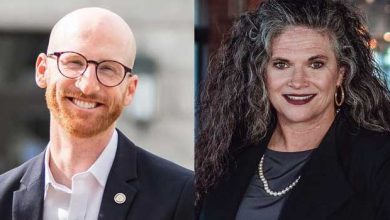