In an update to the tax filing instructions on their website, the Utah Tax Commission is now saying that couples who were legally married as of Dec. 31, 2013 may file jointly if they do so on federal forms.

Special Instructions for Married Couples Where One Spouse is a Utah Nonresident
Utah’s income tax domicile rules have changed. Under the new laws, individuals filing a married filing joint return with someone who is a Utah resident is now also considered to be a Utah resident.
For more information, see: Pub 57, Military Personnel Instructions, Determining Utah Residency

Same-sex Married Couples
Same-sex couples who are eligible to file a joint federal income tax return and who elect to file jointly, may also file a joint 2013 Utah Individual Income Tax return as provided in Utah Code § 59-10-503. Eligible married couples may file a joint return if they are married as of the close of the tax year. For complete information on this, see the Tax Notice issued on January 15, 2014.

This is a reversal of an earlier ruling, where the commission said that legally married same-sex couples must complete a faux federal form and use figures from that form to complete their Utah forms. 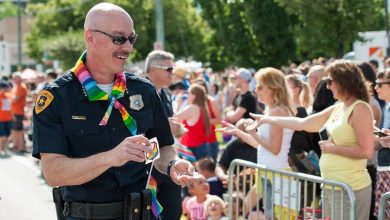