Once upon a time, being gay and single was considered quite conventional within the gay community. Now, I haven’t always been single, spending the first 20 years of my “gay” life in two consecutive long-term relationships.

At age 38 I broke up with my boyfriend of nine years (yes, “boyfriend,” that’s what we still called them back in the 1990s) Since then I’ve lived, for the most part, single and gay. People sometimes ask ”why are you still single, you’re such a catch” Well, aside from the fact that I am really such a pain in the ass, I often reply that it’s probably because I’m always doing guys I would never date or trying to date guys I don’t want to do.

There are many reasons that gay men are single. Some choose a single life because they have plenty of self confidence and a lack of fear of being and living alone … in fact they enjoy it. Others have sexual addictions and feel that being in a monogamous relationship would be too constricting. Some are alone because of a lack of self love or enough self esteem. Some are frightened of the commitments that a serious relationship or marriage brings. Some are single through death or abandonment, especially within the elder gay community.

The fact is that these same issues exist within the heterosexual single world and, therefore, are not an excuse for inequality. Equality is not about whether we are single, in a committed relationship, an open relationship or married.

As a 51-year-old gay man, I remember the early days of the gay liberation movement on the East Coast (where I am from). Progressive-thinking queers took aim at many of the assumptions of traditional marriage and other “norms” of the heterosexual-based mainstream. Our differences from that mainstream were a cause célèbre that united us all, both single, partnered, and in various other combinations as our battle cry was “out of the closet and into the streets.”

Now, in the shadow of same-sex marriage mania, many single gay men feel compelled by a new wave of internal and external forces to emulate forms of traditional pair bonds in order to feel complete. Other singles, especially those who are sexually active, just feel dismissed as being licentious, put to the back of a new bus, so to speak. A brand new age of oppression with ramifications not unlike those of the closet: a sense of shame, failure and a quiet (or not-so-quiet) desperation.

For those who have not chosen single-hood as a lifestyle and desire to be in a relationship, this can be a painful and difficult experience. Feelings of low self worth and inferiority; the sense that there’s something wrong with you; an excessive preoccupation with focusing on your unhappiness of being single; and sometimes a compulsive drive to find a relationship just to satisfy that nagging need, which can be a dangerous and sabotaging maneuver if one’s dating practices are conducted out of desperation, rather than conscious intention.

I was recently talking with a close, straight female friend who is single and also over 40 about being unmarried in the Land of Zion. We both have lived most of our adult lives in the big cities on both coasts (myself in New York City, she in Los Angeles). In contrast to other places we’ve lived, we both noted how the difference in the perception of single adults here is so deeply rooted in the shadows of the church value system that most people grew up with behind the Casserole Curtain.

In fact, our local Utah gay counterculture mirrors it’s oppressive traditional Mormon culture more so than most like to admit. A local gay culture often fraught with the same judgmental value systems and rigid conformity to be virtuous, viewing openly sexually active gay singles judgmentally, fostering a new gay right wing style morality. A society that places high value and expectation on being in a coupled relationship, and frequently leaving un-coupled gays feeling stigmatized for their single status.

Being on the virtuous side of this schism might make some feel more superior or righteous, but I feel it actually assists the right wing bigotry that continues to work the agenda against equality.

Now don’t get me wrong, I totally understand the importance of the benefits and protections of legal same-sex marriage (of which I am a very vocal advocate). It’s just that many same-sex marriage activists insist it’s all about love and family values … and that’s where I strongly disagree. Isn’t it really all about treating everyone equally? Subscribing to the notion that the path to equality can only be achieved by mimicking traditional religious based ideals of heterosexual style family values only further cements the bond of church doctrines to government policy. The truth is that true equality will be achieved by removing non-secularism from our government as the First Amendment intended. The same Christian right wing opponents to same sex marriage are often the first to support military action against other nations around the world that deny freedom to their citizens under non-Christian religious-based oppression are supporting the same subjugation here in the United States under the guise of “family values.” This double standard only serves to further divide us.

I believe that everyone deserves the basic human right to take lawfully a spouse of their own choosing or chose to remain single, and that our community must embrace those choices equally. We should celebrate our right to marry those we love and support with love those who have not married or partnered up through choice or circumstance. I believe that it is through this shift in thinking en masse that the road to equality and peaceful co-existence will be paved. 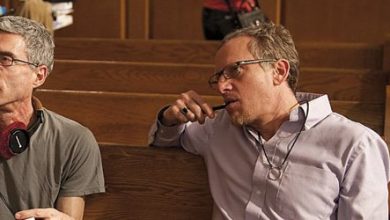 An Interview with Liz Clark