Attorneys for the couples who sued the state of Utah, resulting in Judge Robert Shelby declaring Amendment 3 and other Utah laws that bar same-sex couples from marrying, have filed their response in the 10th Circuit Court of Appeals  to the state’s arguments filed Feb. 3.

The brief states that the plaintiffs filed their case in district court because, as same-sex couples, Utah law denies them “not only the substantial protections that flow from civil marriage, but also the common vocabulary of family life and belonging that other Utahns may take for granted.” It also said that Utah’s laws demean and stigmatize their relationships.

“The harms inflicted on Plaintiffs and other same-sex couples by that exclusion touch on virtually every aspect of life, from ‘the mundane to the profound,'” the brief continued, citing hospitalization and death issues, financial issues and recognition by governmental agencies, calling them “legal strangers.”

The brief said that Amendment 3’s “avowed purpose and practical effect . . . are to impose a disadvantage, a separate status, and so a stigma upon same-sex couples and their families.”

“With remarkable candor, the State concedes that the express purpose of Amendment 3 is to provide ‘special privilege and status’ to opposite-sex couples and their children, in order to send the message that they are the State’s preferred families,” the brief reads. ” The State seeks to justify the resulting stigma and injury inflicted on same-sex couples’ families based on fears that treating same-sex couples equally might, hypothetically, diminish the desire of opposite-sex couples to marry and have children.”

The legal team noted that the U.S. Supreme Court focused in their Windsor decision, that struck parts of the federal Defense of Marriage Act, on existing families and existing children, saying that DOMA “humiliated children now raised by same-sex couples,” and made it difficult for the children to “understand the integrity and closeness of their own family.”

The court, according to the brief, held that DOMA sought to “impose inequality on a vulnerable group.”

Shelby ruled that Utah’s “children are also worthy of the State’s protection, yet Amendment 3 harms them for the same reasons that the Supreme Court found that DOMA harmed the children of same-sex couples.”

“Because Amendment 3 demeans and stigmatizes an entire class of Utah citizens without furthering any compelling, important, or even legitimate purpose, Plaintiffs ask this Court to affirm the District Court’s decision that Amendment 3 violates the requirements of due process and equal protection,” the brief reads.

The lawyers noted that each Utah law that was enacted to exclude same-sex marriage was done at a time when ” gay and lesbian persons were portrayed in a negative light in highly charged political campaigns.” Utah became one of the first states to enact a law excluding same-sex marriage in 1977. Amendment 3 and other Utah laws, the lawyers say, were enacted as “reactions to rulings by the Massachusetts Supreme Judicial Court in 2003 and 2004 holding that Massachusetts could not exclude same-sex couples from marriage.”

The brief addressed a number of arguments made in official ballot materials during the Amendment 3 fight, where Utah legislators said to “Vote Yes on this amendment to ensure that same sex marriage is not allowed in Utah,” and that “Massachusetts recently turned its back on centuries of precedent and began issuing marriage licenses to same sex couples” because “they were ordered to do so by four judges,” and that “Here in Utah, let us heed the warning of Lincoln and not allow others to ‘blow out the moral lights around us.’”

The ballot materials also brought up the “laws of nature” and religious arguments. “Same sex couples have previously claimed a right of privacy. Now, they demand official public sanction (marriage) as if the laws of nature somehow no longer exist and there is no higher standard than individual sexual preference,” and “The Declaration of Independence specifically recognizes the ‘Creator,’ ‘the Laws of Nature and of Nature’s God,’ ‘the Supreme Judge of the World’ and our ‘firm reliance on the protection of divine providence.’President Kennedy reminded us that ‘the rights of man come not from the generosity of the state, but from the hand of God.'”

The brief argues that Utah’s refusal to permit same-sex couples to marry causes them “serious harm” that violates the “most basic principles of due process and equal protection, which prohibit the enactment of laws with the primary purpose and effect of treating a disfavored group unequally.”

“Amendment 3 violates Plaintiffs’ right to due process of law by infringing upon their fundamental right to marry and establish a home and family, to privacy, to autonomy, and to freedom of association,” the brief reads, then quotes the Supreme Court’s 1967 Loving ruling on interracial marriage, saying that the court has “consistently recognized the freedom to marry as ‘one of the vital personal rights essential to the orderly pursue of happiness by free’ persons.”

“Contrary to the State’s assertion, Plaintiffs do not seek a new right to same-sex marriage. Rather, like any fundamental right, the freedom to marry is defined by the substance of the right at issue and not the identities of the persons asserting it. Plaintiffs seek the same freedom to marry enjoyed by all other Utah citizens,” the brief reads.

The brief goes on to say that Amendment 3 violates the right to equal protection of the laws.

“[B]ecause laws that classify based on sexual orientation carry a high risk of reflecting prejudice and harming a particular group, they warrant heightened constitutional scrutiny pursuant to the factors set forth by the Supreme Court,” the brief reads. “Gay and lesbian persons, for instance, have suffered a long history of invidious discrimination, and it is well established that sexuality has no bearing on a person’s ability to perform in or contribute to society.”

The brief says also that Amendment 3 discriminates on the basis of gender and gender stereotypes, since it requires a man to marry a woman and that men should only be attracted to women and vice-versa.

“Amendment 3 cannot withstand any level of constitutional scrutiny because the exclusion of same-sex couples from marriage is irrational and fails to further any legitimate governmental interest,” the brief reads. “These laws do nothing to encourage opposite-sex couples to marry or have children and serve only to stigmatize and harm same-sex couples and their children.”

“Even if the State could articulate some legitimate purpose served by Amendment 3, which it cannot, laws intended to harm ‘a politically unpopular group’ cannot survive any level of constitutional review.”

The brief notes that there are at least 42 federal constitutional challenges to laws forbidding same-sex marriage in 26 states and that all courts that have ruled in same-sex marriage since the Windsor ruling have concluded that the marriage bans violate the federal Constitution.

The lawyers for the state of Utah had argued in their brief that a 1971 Supreme Court decision, and not the recent Windsor decision, should be used to determine whether Amendment 3 should stand. The brief noted that Justice Ruth Bader Ginsburg, during arguments on California’s Proposition 8 stated, “Baker v. Nelson was 1971. The Supreme Court hadn’t even decided that gender-based classifications get any kind of heightened scrutiny. . . . I don’t think we can extract much in Baker v. Nelson.”

The response brief also noted that much has happened at the Supreme Court level in the 41 years since the Baker ruling, rendering it obsolete.

The argument then went on to due process.

“The District Court was correct in ruling that Amendment 3 violates due process by depriving Plaintiffs and other same-sex couples of the freedom to marry the one, unique person with whom each has chosen to build a life, a home, and a family,” it reads. It then quotes a 2012 10th Circuit Court of Appeals ruling that said, “One of the constitutionally protected fundamental rights and liberty interests is ‘freedom of personal choice in matters of marriage and family life.’”

The brief takes on Utah’s argument that marriage has always been restricted to opposite-sex couples, quoting a California State Supreme Court ruling: “Fundamental rights, once recognized, cannot be denied to particular groups on the ground that these groups have historically been denied those rights,” and a Massachusetts high court ruling: “To define the institution of marriage by the characteristics of those to whom it always has been accessible, in order to justify the exclusion of those to whom it never has been accessible, is conclusory and bypasses the core question.” It also cites the Loving case, where it was mentioned in the Lawrence v. Texas sodomy case that “interracial marriage was illegal in most States in the 19th century, but the Court was no doubt correct in finding it to be an aspect of liberty protected against state interference by the substantive component of the Due Process Clause,”  the Bowers v. Hardwick sodomy case that said, “neither history nor tradition could save a law prohibiting miscegenation from constitutional attack.”

The state had also argued that same-sex couples are seeking a “new” constitutional right to marry. The brief extensively notes previous cases that show they “simply wish to exercise the same freedom to marry enjoyed by all other citizens of Utah.”

To the state’s argument that it is defining marriage for the potential of children being raised in the relationship, the brief asserts that “Same-sex couples are subjected to a requirement of ‘natural procreative ability’ that is not imposed on opposite-sex couples, whether they are infertile, elderly, or simply do not wish to procreate. There is no rational reason for Utah to provide opposite-sex couples who are unable or unwilling to have and raise children the benefits of marriage, while excluding all same-sex couples—including those who are already raising children.”

The brief notes that many of the articles cited by the state are “wholly unrelated to same-sex couples and their children.”

“With respect to the studies authored by Mark Regnerus, Regnerus ‘did not actually study individuals reared by same-sex partners’and the journal that originally published his study has since published an audit noting that this fact alone should have precluded any publication of his work. While the State admits that Regnerus’ work ‘is not conclusive’ regarding ‘same-sex parenting,’ its citation to this study at all is misleading.”

The state now has the opportunity to respond and oral arguments are scheduled for April 10 in Denver. 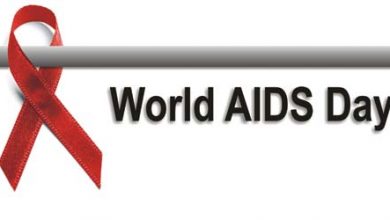