It appears attorneys for the state of Utah have moved into shrill-speak in desperation that they may lose the fight to keep the anti-gay Amendment 3 and other laws on Utah’s books.

The state’s latest and final brief before oral arguments in April is so awash with hyperbole, I wouldn’t be surprised that in their last edit they didn’t remove a thousand exclamation points from earlier drafts.

In the very first paragraph, the legal team says the argument comes down to gays and lesbians feeling demeaned vs. the total destruction of marriage culture in the state. Gays are sad vs. society is doomed.

You may think I’m now hyperbolizing, but let’s keep going.

“It would impose by judicial fiat rather than democratic processes the novel principle that marriage is whatever emotional bond any two (or more) people say it is. It would thereby enshrine in federal law the corrosive principle that moms and dads are interchangeable and, ultimately, irrelevant to children. It would also unfairly dismiss the majorities in more than half of the States and numerous judges as irrational bigots.”

Can’t you hear the exclamation points?

Same sex marriage will “increased fatherlessness and motherlessness, with the emotional, social and economic damage such a deprivation imposes on children,” “reduce birth rates.”

The state says the plaintiffs won’t “come to grips” with what is wrong with Shelby’s ruling and are “ignoring reality.”

And then, they bring out the silly arguments: “Utah law allows every person, regardless of sexual orientation or gender, to marry a person of the opposite sex.” “Such a redefinition would also remove the gentle encouragement the law currently provides to bisexual persons to form families and raise children with members of the opposite sex rather than members of the same sex.”

The 120-page document is so rife with Henny Penny rhetoric that I’m surprised not to find references to Sodom, Gomorrah and Rome.

I only hope three judges in Denver are more rational than our state’s attorneys. Q

A toast to a personal hero 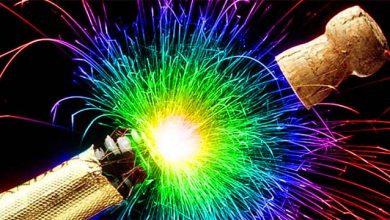