On March 11, OUTreach Resource Centers, formerly Ogden OUTreach, announced the resignation of Marian Edmonds-Allen as executive director.  Edmonds-Allen, recognized as QSalt Lake‘s 2013 Person of the Year for her astounding work in the northern Utah LGBT community, will remain in Utah as the National Program Director for Dr. Caitlyn Ryan’s Family Acceptance Project.

OUTreach also announced the hiring of two new executive directors, Charles Lynn Frost and Rachel Peterson. Frost has stepped in as executive director of Adult Services and Community Engagement and Peterson is the executive director of Youth Services and Youth Homelessness. ORC Board President Michael Videtich stated: “While I am sad to lose Marian as a valuable and talented asset, ORC is also being presented with a great opportunity. We are welcoming two very talented and well-respected professionals to ORC. This opportunity will allow us to harness their talents and further expand ORC’s scope and expand positive impacts in the larger community. I sincerely hope everyone will join us in thanking Marian for her contributions and wishing her well…”

In a conversation with this reporter, both Frost and Peterson echoed Videtich’s sentiments, adding that “Marian has left some very big shoes for us to fill” at ORC.

According to Frost and Peterson, they are focused on expanding ORC, utilizing the satellite practice model pioneered by Edmonds-Allen.  OUTreach is focused on community-building that is specific to each community in which they operate. Peterson explained that what works in one community doesn’t necessarily work in others.

She first became involved with OUTreach in helping to establish an organization in Logan. The messaging and activism that works in Logan is different from that of Ogden, Clearfield, or Tremonton (other OUTreach areas). Instead of trying to apply a “one-size-fits-all” model to the varied communities, OUTreach seeks to work with the community to respond to their specific needs.

Frost added that one thing that makes the OUTreach model so appealing is that it is responsive to the needs and desires of the communities in which it operates. OUTreach, he said, seeks to collaborate and support existing groups within these communities, instead of controlling them and imposing its own management model upon them.

Both Frost and Peterson expounded upon OUTreach’s goal of expanding that model into other communities, both in Utah and throughout the region. Communities specifically mentioned included St. George, Utah County, Salt Lake, and various cities and towns in southern Idaho.

Frost and Peterson also announced a bold new initiative, a mentoring partnership with Starbucks, which is currently being developed. The program will partner OUTreach youth with mentors from various Starbucks locations in northern Utah as a pilot, teaching them life skills and assisting them with personal and professional growth and development. The curriculum, noted Frost, is still being developed, but they hope to begin the program within the next few months and have the pilot program operating fully by the end of this year.

Both Frost and Peterson echoed Videtich’s optimism for the expansion of OUTreach. “We counterbalance each other in so many wonderful ways,” noted Peterson.

Common Ground Bills to be Heard This Week 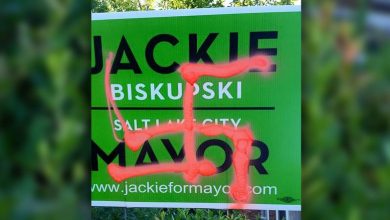