Odd Man Out
By Ray Cook, author of Reclaimed

O Zion — the sanctuary of Mormon bliss … unless you don’t fit in. Growing up in southeast Idaho, I enjoyed a carefree childhood with a loving family, a strong sense of community, and the belief that I could become my highest potential. However, I knew at a young age that I was different … I liked boys instead of (like my peers) girls. The more I became indoctrinated in Mormonism, the more I realized that I was doomed … How could I be compared to being almost equivalent to a murderer?! Why? I didn’t understand, but I believed the dogmatic hate and bigotry to my own detriment.

I couldn’t afford to be found out, nor disclose my secret … it would mean my social death: family, friends, church. I loved my family so much, that what terrified me the most, was the inevitable reality that I would lose them, especially in the hereafter. I wasn’t ready to deal with the fallout, so I overcompensated by excelling in school, tumbling (floor gymnastics), and self-righteousness. I became a model Mormon boy with a testimony, accompanied with emotion and tears … but those dramatics were in fact my fears and grief about my impending hell.

I was sent home off my mission, disgraced. Greeting my parents at the airport was like inhaling ammonia—their faces expressing sad disappointment which brought me crashing down from the high of courageous self-integrity by facing the fire and surrendering. Awaiting me was a letter inviting me to my church court. That was it … all my angst of anticipated shunning had actualized. My family met me at the house, expecting an explanation (out of concern, I believe), but I felt intense lack of support: no one reached out to ask if I was okay, to ask how I was feeling, to offer me their unconditional love. Silence and avoidance confirmed my shunning. I had left with a glorious jubilee of family love and support with their blessing, and had returned to emotional abandonment. I felt like a pariah, eager to escape to anywhere where I’d be welcomed, appreciated, respected. I wanted to belong!

As fucked up as it was, I celebrate my excommunication with gratitude, for the blessing it was to discover my authenticity: myself, my beliefs, my spirituality, my self-worth and -confidence, my personal power! You too, my friend, can forge your own life. Please know that you matter … that you’re good … that you’re enough! If anyone, I’m rootin’ for ya!

Ray Cook, an Idaho native, came of age in Germany as an excommunicated Mormon. Cook graduated with a degree in modern languages from The University of Massachusetts and works as a flight attendant. He lives with his partner in Boston. He recently released his candid memoir, Reclaimed. 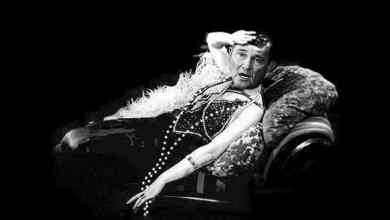