OUT, the world’s leading gay fashion and lifestyle brand, today announced the 8th Annual Power 50 list, the brand’s annual ranking of the most influential LGBT voices in American culture. The list examines those who have power, how they wield it, and how it influences our culture. Again this year, OUT’s Power 50 contains a diverse mix of businesspeople, entertainers, politicians, and activists. Read on to find out which LGBT Americans have the clout in 2014!

Ellen DeGeneres, who was number 2 last year, returned to the top spot on the list. After her eponymous talk show shattered its own 10-year ratings record in March, DeGeneres went on to host the highest-rated Academy Awards telecast in a decade and almost shut down Twitter with her star-studded Oscar selfie. Other first-timers in the top 10 include football player Michael Sam and TV host Robin Roberts, who becomes the first woman of color in the top 10.

Billionaire Jennifer Pritzker (No. 23), the granddaughter to the founder of the Hyatt hotel chain, becomes the first transgender woman to make the Power 50. Other notable Power 50 rookies include news anchor Don Lemon (No. 27), actress Ellen Page (No. 29), basketball player Brittney Griner (No. 31) People and Entertainment Weekly editorial director Jess Cagle (No. 33), and lawyer Roberta Kaplan (No. 47).

Other noteworthy figures on this year’s Power 50 include: 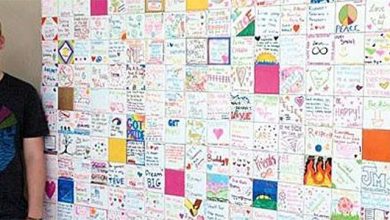