Our 10th annual FABBY Awards in our 10th Anniversary edition.

Each year, we ask you, our readers, to vote for your favorite places to shop, eat, drink and otherwise spend your hard-earned cash. This year, we received more ballots than any other. Without further ado, here are the winners for this year:

With the highest-priced entree being only $15, Cafe 540 enters the scene in a strong way. In what is now the Metro Bar, the decor is only slightly altered from the wildly popular (when it opened) Orbit Cafe. Featuring American cuisine, they are open for lunch and dinner and, as a bar, one must be 21 years of age or older to get in. No “children or no children” section here. Free parking is a huge plus for a downtown restaurant, not to mention they are 15 steps from the Old Greek Trax stop.
Facebook.com/cafe540slc, Weds–Sat 6-10pm
Runners-up: Left Fork Grill, Oh Mai, Cafe Rio

Our readers soak up their alcohol after the bars at Beto’s. Cheap food, full of grease and spices. The perfect sponge. Their burritos are mammoth, but you don’t have to worry about Miss Piggy’s rule of never eating anything larger than your head. Though, it’s a close call.
Runners-up: Off Trax, Pie Hole

Eggs in the City

The winner by a beak in this category is Eggs in the City. Part of why I love the FABBY Awards is that I see fantastic business owners rewarded for who they are. Heather Santi and staff are just some of the nicest people you will ever meet, and I believe they are a large part of the reason our community loves this place. From the incredible French toast to the huevos rancheros (try the green sauce) to the Greek skillet. Oh wait – my fave is the eggs benedict.
Runners-up: Blue Plate Diner, The Other Place

It is a risk to move your restaurant, as a large part of why people eat at a restaurant is the location and ambiance. Sage’s move to the old Jade Cafe on 9th South is a hit for their clientele. With more space and easy parking, the place has had a good crowd any time I’ve been there. The staff knows their veggies. While sitting at the bar, I got to see first-hand when a diner ordered something they hoped was gluten-free and the kitchen caught that the protein they ordered was not. The flavors are over-the-top and they have a full beer and wine menu, so mimosas at brunch are no problem!
Runners-up: Zest Kitchen and Bar, Oasis Cafe

In the 9th & 9th area, Cafe Trio is a great neighborhood restaurant with contemporary ambiance and friendly bustle. Now that summer is nigh, the flower-encircled patio is one of the best places for brunch in town. Small plates, pizzas, pastas and a good assortment of entrees served by some of the hottest wait staff in the valley make Trio a favorite of our readers.
Runners-up: Bistro 222, Copper Onion

Healthy ingredients (some grown right at the restaurant) environmentally friendly products and long-term relationships with local farmers and growers make Squatters different than a lot of the other larger restaurants in the area. From its menus that help you match the perfect brew to the food, to the two-buck marys and mimosas on weekends, you can’t go wrong at Squatters.
Runners-up: No Name Saloon, High West Distillery

For 20 years, Roosters — housed in a 119-year-old building that has been everything from a Chinese laundry to a house of ill repute — has been an Ogden institution. On historic 25th Street, you will meet all kinds of people at Roosters, from mud-soaked bikers (probably owners Pete and Kym Buttschardt) to formal-clad business owners, dining on a pepper jack flat iron steak that will make you cry on Kym’s capellini, all served with high-octane beers brewed on the premises.
Runners-up: El Matador, Jeremiah’s

This was a close category with many places evenly spread in votes. La Cai came out on top. Though the name sounds like a certain French-inspired restaurant near the mouth of Little Cottonwood Canyon, this place is all about the noodles, served with butterflied shrimp, Saigon crispy wings, crab rangoon and more.
Runers-up: Kyoto, Sapa

Best Thai is a tie! Haha. Thai Siam and Sawadee tied for top honors in best Thai restaurant. Very different from each other, Thai Siam is best known for affordable lunches on State Street, while Sawadee is an Avenues favorite. Go for the drunken noodles at Sawadee.
Runners-up: Chanon Thai, Thai Lotus

South of the Border

We won’t even put runners-up in this category because it was such a wipe-out. Since 1985, Red Iguana has been a Salt Lake staple, so much so they had to open a new location only 2 blocks away since the line runs down the street. Both are thriving. They have been recognized nationwide for their moles and other authentic Mexican fare.

With locations in the 9th & 9th and 15th & 15th neighborhood, Mazza is no stranger to the FABBY Awards and other laudations. Our favorites: Maghmoor (eggplant, garbanzo beans and onions baked in an olive oil, tomato and garlic sauce) and the Chicken & Cauliflower Kabseh with fired raisins and pine nuts.
Runners-up: Cafe Med, The Other Place

A first FABBY Award for this Utah-based chain of restaurants, Ruby River is known for their full-pound prime rib and New York steaks at affordable prices. Starting off with sourdough bread and raspberry spread and finishing with real bacon in their baked potato, people never leave unsatisfied.

For as many years as there have been FABBY Awards, Coffee Garden has taken the top prize. The original 9th & 9th location is always hopping and the Main Street location is a great place to get great local coffee.
Runners-up: Sugar House Coffee, Beans & Brew

The Bayou has, hands down, is the largest and best beer selection outside any liquor store in Salt Lake. Actually, probably including the state liquor stores. Awarded by local and national media, including GQ and Esquire magazines, you need to get back down there to try the Potato Chips w/Chive Oil & Blue Cheese. Oh. My. God.
Runners-up: Beerhive, Roosters

Pride schedule at a glance 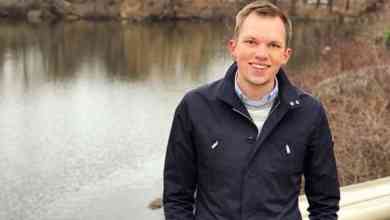