The General Synod of the United Church of Christ filed a lawsuit Apr. 28 in U.S. District Court in Charlotte, arguing that North Carolina laws defining and regulating marriage as being between a man and woman restrict UCC ministers from performing their religious duties and are unconstitutional.

The State of North Carolina prevents couples of the same gender from obtaining a marriage license and makes it a crime for ministers to officiate at a marriage ceremony without determining whether the couple involved has a license. The UCC says the law limits ministers’ choices, violates the principle of “free exercise of religion” upon which the church is built, and restricts the freedoms of religion and expressive association guaranteed in the First Amendment. The UCC seeks a preliminary injunction that would allow ministers to choose whether to perform a religious marriage.

“The United Church of Christ is proud to defend the religious freedoms upon which this nation was founded,” said the Rev. Geoffrey A. Black, general minister and president of the UCC. “It is unfortunate that even today, laws are designed to treat gay and lesbian people unequally. In its efforts to restrict gay marriage, the State of North Carolina has restricted one of the essential freedoms of our ministers and of all Americans.”

In 2012, North Carolina voters approved Amendment One, which limited a domestic legal union to a covenant between a man and woman. Under state laws consistent with Amendment One, it is a Class 1 misdemeanor for a minister to perform a marriage ceremony for a couple that hasn’t obtained a license, and such a license may not be issued to same-gender couples. A Class 1 misdemeanor is punishable by up to 120 days in jail and/or probation and community service. In addition, the laws allow anyone to sue the minister who performs a marriage ceremony without a license and collect up to $200 if they prevail. The
UCC believes that this prohibition and penalties also apply to a minister performing a religious ceremony not intended to result in a legal marriage.

This limitation on free exercise of ministers, officers or others is in conflict with the UCC General Synod’s Equal Marriage Rights for All resolution adopted on July 4, 2005. This resolution affirms “equal marriage rights for couples regardless of gender and declares that government should not interfere with couples regardless of gender who choose to marry and share fully and equally in the rights, responsibilities and commitment of legally recognized marriage.” The Rev. Dr. J. Bennett Guess, an officer of the Church and openly gay man, said, “The United Church of Christ believes in advocating for justice. We believe that the UCC is called to be a prophetic church. God calls the church to speak truth to power. We are standing up for the freedom of religion, and to protect the rights of our ministers to do their jobs in faith.”

Survey shows over half of LGBTQ youth have an eating disorder 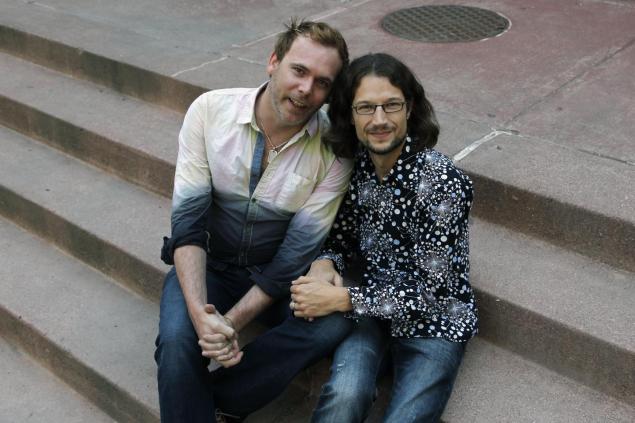