After leaders heard of photos of Dustin Lance Black having sex with his boyfriend that surfaced in 2009, Black was dis-invited to be the commencement speaker at his alma mater, Pasadena City College, in April.

The Board of Trustees then invited Pasadena Health Director Dr. Eric Walsh to be the speaker, yet he was dis-invited after news broke of his anti-gay and anti-Catholic sermons, including a claim that acceptance of LGBT people is an idea “from the pits of Hell.”

Black wrote an open letter, published in The Advocate, that read:

In 1992 my parents lost their jobs in the months leading up to my leaving for college. We could no longer afford the University I was accepted at, so I turned to the Community College system and Pasadena City College. I enrolled in honors courses, worked two jobs to pay rent, and still found time to tutor both math and ESL at PCC. My mother taught me there is nothing more meaningful than serving your fellow man. It was a proud day when she watched me walk at PCC’s graduation with an AA Degree, an honors tassel, and a Dean’s scholarship.

November of last year, I received the Distinguished Alumni Award from the Community College League of CA. In the presentation, my film work, Academy Award, WGA, and Spirit Awards were all mentioned, but the accomplishment I was most proud of was my half-decade of work with AFER to strike down Prop 8 at the Supreme Court last summer and bring equality back to California.

After my acceptance speech, I was approached by PCC Administrators and asked to speak at my old campus. A few months later, I received an invitation asking that I be PCC’s 2014 Commencement speaker. I confirmed the invitation, booked the international flights to get back to Southern California, canceled work, and turned down paid invitations. This invitation was that meaningful to me.

This morning, I woke up to the headline that I have been disinvited to speak at my Alma Mater. The reasoning: That I was involved in a “scandal” in 2009 regarding extremely personal photographs that were put up on Internet gossip sites of me and my ex-boyfriend.

For too long now I’ve sat silent on this issue. That ends here and now and with this sentence: I did nothing wrong and I refuse to be shamed for this any longer.

In 2009 a group of people surreptitiously lifted images from my ex’s computer and shopped them around to gossip sites in a money making scheme. These were old images from a far simpler time in my life, a time before digital camera phones and Internet scandals. They were photos of me with a man I cared for, a man who shared my Mormon background, and who was also struggling with who he was versus where he came from. And yes, we were doing what gay men do when they love and trust each other, we were having sex. I have never lied about my sexuality. If you invade my privacy, this is what you will find. I have sex. It brings me joy, fosters intimacy and helps love grow. I hope anyone reading this can say the same for themselves and for their parents.

In 2010 I took the perpetrators of this theft to Federal court and Judge R. Gary Klausner ruled unequivocally that the defendants had indeed broken the law. The details of this case are readily available for anyone to read — including PCC’s leadership and Board of Trustees.

In the eyes of anyone who has seen the devastating effects this trespass has had on me personally, creatively and professionally over these many years, in the eyes of my mother and friends who have held me as I’ve cried, and under the blind scrutiny of the law of this land, I am the victim of this “scandal,” not the perpetrator.

Over these past five years, I have spoken at over 40 major universities including Harvard’s Kennedy School, Penn, UCLA, USC, and recently spoke at UCLA’s School of Theatre, Film and Television graduation. I’ve been the featured speaker at NASPA (Student Affairs Administrators in Higher Education Conference), NACA (National Association for Student Activities), HRC’s National Gala, spoken to over 200,000 on the steps of the U.S. Capitol at the March on Washington, walked up the steps of the Supreme Court to help win a fight for my people and been honored for my work for equality on the floor of the California House of Representatives. Never once, at any of these events has this issue ever come up. Not once. Not in the press. Not with the students. Not ever.

In fact, PCC is now only the second institution to ever blame me for what happened in 2009. The first was Hope College in Michigan whose Dean pro-actively made a statement openly admitting he did not want a pro-LGBT message on his campus. It seems to me that same animus is at play here now.

As PCC Administrators attempt to shame me, they are casting a shadow over all LGBT students at PCC. They are sending the message that LGBT students are to be held to a different standard, that there is something inherently shameful about who we are and how we love, and that no matter what we accomplish in our lives, we will never be worthy of PCC’s praise.

While I deal with the legal and financial ramifications of this injury, I urge you not to let PCC’s Administrators get away with sending such a harmful message. If there’s one thing I’ve learned in the struggle for equality it is that when you are stung by injustice, you must find your pride and raise your voice. If you are outraged like I am, you must show it. You must speak truth to fear and prejudice and shed light where there is ignorance. Now is that time at PCC.

The college’s board of trustees issued a heartfelt apology on Wednesday after a 90-minute closed meeting to the Academy Award-winning screenwriter and voted unanimously to re-invite him to be the school’s commencement.

There is no word on whether he will accept. 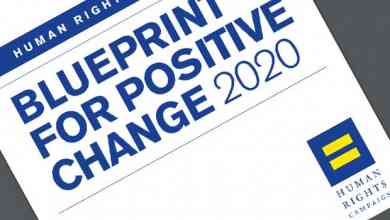