One year ago today, history was made with the two landmark Supreme Court rulings that restored marriage equality: both in California with the overturn of Proposition 8, as well as with the repeal of The Defense of Marriage Act (DOMA) which ended federal discrimination against gay couples.  Seeing as we have approached the one-year anniversary of these milestones in marriage equality, some may feel that the sense of urgency surrounding this issue has ebbed.  Yet despite the saturated news coverage these cases have received, co-directors Ben Cotner and Ryan White’s documentary The Case Against 8chronicles this five-year legal battle in a way that is refreshing, intimate and informative as it reminds us that 33 US states still continue to deny gay individuals something that is now widely recognized as an unalienable right.

Winner of the 2014 Sundance Film Festival Directing Award in the US Documentary category, The Case Against 8 deconstructs the dense, intricate legal process of this arduous case into a compelling, engrossing narrative that illuminates the humanistic aspects of this struggle.  Although pretty much every informed audience member knows the outcome of this legislative gridlock, filmmakers Cotner and White are still able to transform the legal logistics of the cases into suspenseful, nail-biting drama.  While such credit is largely due to the two couples—Kris Perry and Sandy Stier, and Paul Katami and Jeff Zarrillo—who served as plaintiffs/documentary subjects and granted the cameras access to their labyrinthine legal ordeal and personal plight, there is another union that informs this tale.  Operating behind the scenes, this third odd couple made headlines that further allowed the case to dominate the news.  The Case Against 8 attributes the lawsuit that started it all with the unlikely alliance formed between attorneys Ted Olson and David Boies; who were former opponents in the Bush vs. Gore case.

Despite harboring vastly different attitudes regarding many political issues, both Olson and Boies have outspokenly supported marriage equality for all, and thus agreed to team up and represent the California plaintiffs as co-counsels.  “Marriage is a conservative value for two people who love each other and want to live together in a stable relationship,” remarks Olson, the conservative powerhouse Republican lawyer who reaffirmed Bush’s presidency following the prolific 2000 court case.  The degree of mutual respect these legal legends have for one another soon becomes evident throughout the film, yet Olson’s decision to reach across the aisle and bring onboard his liberal counterpart still feels somewhat surreal.  Shocking both right-wing pundits and the LGBTQ community, their collaboration and friendship is enormously inspirational as it strips this case of any political partisanship: revealing that at the heart of this film lies a struggle for basic civil rights.

It comes as no surprise that this legal partnership also sparked immense controversy: with conservatives viewing Olson as a ‘traitor’ while the LGBTQ community viewed his commitment with weary skepticism.  “We were also weary of him ourselves, and doubted his sincerity or commitment,” notes Cotner during our interview, “However, any skepticism was eradicated the moment he spoke during the opening arguments.  Nobody projects as powerfully or eloquently as Ted Olson, and here’s a conservative icon who’s speaking so passionately and favorably on behalf of the LGBTQ community.  In that sense, his involvement is monumental in terms of public perception of this human rights issue.”  Indeed, Olson emerges here as a man of admirable integrity and open-mindedness—and those eager to label all conservatives as bigots need to feel humbled by this guy.

Yet perhaps the most fascinating character to surface as an unlikely hero in this rollercoaster legal odyssey and emotional saga is David Blankenhorn whose beliefs regarding same-sex marriage take a drastic change during the film’s trajectory that undoubtedly served a pivotal role in both the film and trial outcome.  Initially a vocal champion in support of Prop 8, Blankenhorn also founded the conservative think-tank “The Institute for American Values” and served as a key witness for the anti-equality legal team.  Introduced in the film as the same individual who in 2007 wrote an influential book that argued against same-sex marriage (titled “The Future of Marriage”), the film then captures his remarkable change of heart: doing a complete 180 during the course of the legal fight to ultimately embrace the notion of gay marriage.  What makes Blankenhorn’s story of humility so interesting is that in addition to confronting the fallacies of his ignorance and having an abrupt, epiphany-esque change of heart during his actual courtroom testimony, he subsequently went on to publish an article in The New York Times where he acknowledges that “…legally recognizing gay and lesbian couples and their children is a victory for basic fairness.”

There is one point in the film where the filmmakers smartly circumvent the court’s decision to block the broadcast of the trial; turning what could have been a setback into one of the film’s most insightful, vulnerable, and humanistic moments as both the counsel and plaintiffs read from transcripts, the text of which is spread across the screen for dramatic effect while childhood photos are spliced with voice-over narrated testimony that is heart wrenching (with the occasional overt sentimentality).   Indeed, the most evocative testimony comes from Chris Perry, whose simple yet profound statements of struggling with one’s identity while being made to feel like a second class citizen truly resonate – “It feels like I have to come out everyday, and to some extent when I leave my house I do.”  Such moments remind us that at the core of this story is merely a portrait of civil rights injustices and the right to respectful privacy, as told through the lens of two old-fashioned love stories.  “Everyone needs to have the experience of interviewing Chris Perry,” remarked White, “because she has this way of articulating her feelings, delivering her words in such a plain yet heavy manner.” However, while there is no doubt that the plaintiffs and their stories provide the real heart and soul of the film, one cannot help but be reminded of the extensive vetting process that led to the selection of these two couples.  Solidly middle class, these four constituted the “absolutely safe choices” in emphasizing that LGBTQ values and ‘traditional’ family values are identical.  As pleasant as they are, it’s hard to overlook the starchy, just-ordinary-folk message in the way they’re represented in the film.  Kate Amend’s fluid editing does a nice job of maintaining tonal consistency: splicing moments of raw emotion with humor, while preserving a level of anticipation and suspense that is sufficiently engaging.  However, the film sometimes teeters that dangerous territory of redundant sentimentality: being one hug and tear away from a Made-for-Lifetime docu-special.

An intimate argument in favor of humanity, The Case Against 8 pulls at your heartstrings without ever coming off as propaganda.  But isn’t there some middle ground between propaganda and being stiflingly neutral and stoic?  While the film makes seldom digs at some of the more absurd attempts to validate Prop 8 (such as a ridiculous “Gender Disorientation Pathology” study and a “Yes on 8” commercial), there’s an otherwise extreme lack of the key element: the opposing side.  There is a brief testimonial inclusion from Dr. Tam; a witness on the opposing team who in a moment of divine stupidity testified how “it’s been proven that the promiscuity of gay individuals would influence future generations of young children to lead the same sexually irresponsible lifestyle”.  When asked where the evidence for such claims lie, his response was “the Internet”.  As ludicrous as his and similar perspectives are, it would have been nice if the film had at least shed some more light on the efforts of the opposing legal team.  Not enough to suggest an even-handed treatment or equal screen time, but their stingy screen presence robs the doc of some needed dramatic contrast and tension.  After all, wouldn’t it be interesting to have some form of follow-up on Dr. Tam; if nothing else than to at least see if he has since expressed a semblance of humility or open-mindedness?  Unfortunately, with all of the angles the film attempts to explore, there are some elements that get short shifted; one of them being Blankenhorn.  Removing the veil of misguided ignorance and prejudice that captures the essence of the film’s purpose, “…[he] made people rethink their pre-conceived notions by bravely admitting he was wrong.  And for me, that was a profound experience”, noted Cotner.  Indeed, it is the experiences of those like Blankenhorn that provide the most un-clichéd emotional heft and possibility for further progress in equality: with the potential of taking this case out of landmark territory and into the terrain of momentous historic significance.  So why include his story as a mere footnote?

Coinciding with the first anniversary of the landmark DOMA Supreme Court ruling on marriage equality, The Case Against 8 debuts on HBO Monday, June 23rd. 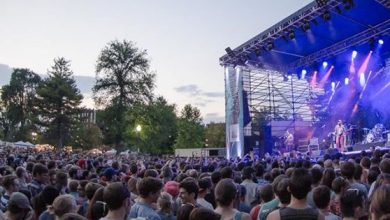