My partner and I have been going to Red Rock Brewery at least once a month for around 13 years, so we know this place really, really well. I’m either the most well-qualified to review this establishment, or I’m the most biased. I don’t think I can win because everyone has been to Red Rock and most of you have an opinion. Those opinions however can run the gamut from awesomely awful to wonderfully awesome, depending on who you speak with. So read on – and then feel free to comment on qsaltlake.com, I’d love to hear your opinions!

I don’t know if the owners care too much what we all think, however, as they can always lean on their trophy case holding an award for the best large brew pub in the country from the Great American Beer Festival, along with awards from the North American Brewers Association and The World Beer Cup; they probably feel good with what they’re presenting every day… and I would too. But the occasional service hiccup sometimes leads to a full-on pot hole, flattening your whole experience. Many of the servers have been there a long time, and they are the best to work with, but the newbies (and they seem to rotate fresh-faces quickly) are plentiful. With more than 75 menu options – not counting desserts and drinks – I try to cut them a little slack. Here is a pro-tip: to avoid any service issues, sit at the bar – bartenders like Chuckie and Michael have been slinging the longest and look forward to meeting you.

First off, the color and beauty of the Warm Shrimp Salad is second only to its flavor; with sautéed shrimp, watercress spinach, roasted sweet potatoes, grapefruit, toasted pistachios and gorgonzola cheese with creamy lemon pepper dressing – it is one of the most creative items on the menu. The taste profile is like ocean shipping lanes zigzagging across the Atlantic; each bite intersects another unique flavor and texture combination.

Generally, you can’t go wrong with a sandwich at Red Rock, and the recent addition of a Black Bean Vegan Burger will please the carnivore among us. It’s a house-made patty with bib lettuce, avocado and chipotle vinaigrette on a soft bun. There is a good spice, and let’s be honest – it just sounds healthy. That’s why I order it with bacon, (kidding). The true carnivore is going to opt for the French Onion Steak Sandwich, the priciest sandwich at $17, but I believe worth every penny. Sliced New York steak and beautifully browned, sweet, caramelized onions served below toasted sourdough bread topped with a pile of golden gruyere and mozzarella cheeses. The steak is cooked to order, and ordered correctly (medium rare), it melts in your mouth. It is served with a side of stock that has been reducing for days – thick, very rich. To justify the cost of $17 for a sandwich try splitting it, the servers are happy to do so on most items.

You might be wondering when I’ll get to the beer… well, I’m running out of space and Matt and I will have to cover that in part two. I think an institution like Red Rock, a restaurant with 20 years under its belt can easily justify two reviews. But wait — a few items to avoid: Monday tacos are a bust, I’m surprised with all the Spanish-speakers in the open-air kitchen that they don’t revolt against this abomination. Beer crackers are fine, but there are just too many other good appetizers, including the bruschetta or calamari, both delicious and a fine way to start a meal. Pass on the spaghetti too, because … Spaghetti!?

I’ve been told when Red Rock opened in 1994 finicky Salt Lakers said it would never last because it was “in the warehouse district.” Well, people came, ate, and loved, and the city grew around it. It is now the epicenter of downtown and in the middle of some of the best culinary experiences Utah has to offer. Red Rock proudly chugs along, with new locations, expansive beer distribution, a state-of-the-art beer production facility and many more gold medals sure to be won. 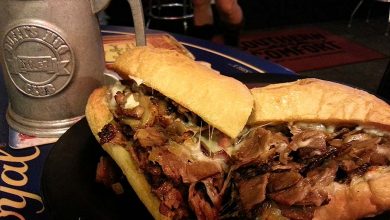 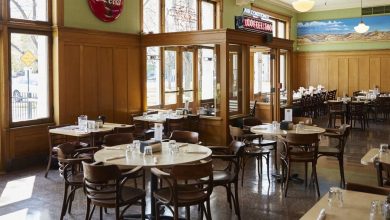