In a 2-1 decision the Tenth Circuit Court of Appeals has ruled to affirm United States District Judge Robert Shelby’s ruling of December 20, 2013.  This affirmation again strikes down Utah’s Amendment 3 and the related “marriage laws” as unconstitutional and reaffirms the rights of same-sex couples to legally marry in Utah.

In the opinion, the judges asked, “May a State of the Union constitutionally deny a citizen the benefit or protection of the laws of the State based solely upon the sex of the person that citizen chooses to marry?

Having heard and carefully considered the argument of the litigants, we conclude that, consistent with the United States Constitution, the State of Utah may not do so.  We hold that the the Fourteenth Amendment protects the fundamental right to marry, establish a family, raise children, and enjoy the full protection of state’s marital laws.  A state may not deny the issuance of a marriage license to two persons, or refuse to recognize their marriage, based solely upon the sex of the persons in the marriage union.  For the reasons stated in this opinion, we affirm.”

The court applied the standard of strict scrutiny to the case, arguing that “the right to marry is a fundamental liberty, plaintiffs will prevailon their due process and equal protection claims unless appellants can show Amendment 3 survives strict scrutiny.”   In terms of judicial precedent, a provision of law subject to strict scrutiny “cannot rest upon a generalized assertion as to the classification’s relevance to its goals.”  (Richmond v. J.A. Croson Co., 1989)  Essentially, this level of scrutiny requires that Utah not only provide a compelling state interest, but also that this particular exclusion is the means by which that state interest is achieved.

The compelling interest brought to bear by the State’s arguments, however, failed to meet that standard as determined by the panel.  The State argued four primary justifications for Amendment 3:

The Court granted that the first three claims were compelling, but that they failed on the “means prong of the strict scrutiny test.”  The ruling argues that current Utah marriage law is not related to the ability to reproduce.  In fact, the only Utah marriage laws that mentions procreation is the law that allows first cousins to marry in the event that they cannot reproduce.  “Such a mismatch between the class identified by a challenged law and the characteristic allegedly relevant to the state’s interest is precisely the type of imprecision prohibited by heightened scrutiny.”

The court also issued a stay on their own ruling, allowing the state time to appeal the ruling.

The Tenth Circuit’s 112-page ruling was very meticulous and detailed, and provided a potential hint into the pending decision in Oklahoma’s current marriage equality case.  They referenced the unpublished decision that the Governor and Attorney General of Oklahoma did not have standing to appeal that district court decision, implying that they would not be stepping in to overturn that ruling.

They also made reference to the recent marriage case in Idaho, expressing support for that district judge’s decision even though Idaho is not a part of the Tenth Circuit and that case is currently under appeal in the Ninth Circuit.

Utah’s Attorney General has released a statement indicating that they are evaluating the case and making a decision about asking for a review of the decision by the entire Tenth Circuit or appealing directly to the Supreme Court of the United States.

Restore Our Humanity, the group that spearheaded the Kitchen v. Herbert case, issued this statement:

“Restore Our Humanity is humbled and honored to participate in the judicial process of our government. Our beloved country was founded on the principle that all women and men are created equal, and that they are endowed with the unalienable right to life, liberty, and the pursuit of happiness. The founders wisely established our court system to protect individual liberty.

“Today’s decision from the Court of Appeals for the Tenth Circuit affirms that every citizen has the unalienable right to the constitutional guarantees of Due Process and Equal Protection of the Laws. These rights include the government-granted benefits and protections of civil marriage, and specifically, the right to create a life and future with the person she or he loves.

“We now speak directly to Governor Herbert: You swore an oath to “support, obey and defend the Constitution of the United States.” We call on you, here and now, to honor that promise. The courts have spoken. Honor your commitment. Defend the constitutional rights of all Utah citizens. Recognize that the benefits and protections of civil marriage must now apply equally to ALL Utah families and ALL Utah children.”

QSaltLake will continue to update this story as it develops. 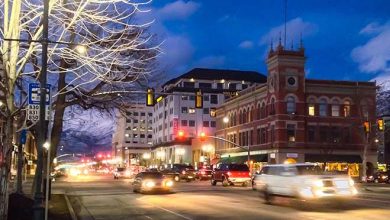 Provo Pride is this weekend