A recount has confirmed a May vote by Pocatello residents retaining an ordinance banning discrimination on the basis of sexual orientation and gender identity.

The recount on Friday was done at the request of a group opposed to the city ordinance approved by the Pocatello City Council in June 2013 and backed by voters on May 20.

Bannock County election officials found discrepancies with about a dozen votes, but not near enough to change the outcome of the election result.

Pocatello is one of seven Idaho cities where city leaders have adopted local ordinances barring employers, landlords and most businesses from discriminating on basis of sexual orientation and gender identity.

But Pocatello’s ordinance was the first in the state to be upheld through a ballot referendum. Opponents claimed the ordinance forced business owners to choose between their personal beliefs and their profession.

Proposition One on the May 20 ballot asked city residents whether to repeal the ordinance or keep it. Officials say that 4,943 people voted to keep the law in place, while 4,863 people voted to rescind it.

Opponents asked for the recount last month, and had to pay $100 for each precinct they wanted recounted. 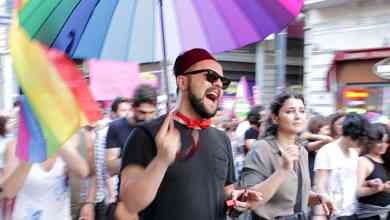