At the White House LGBT Pride Reception, President Obama announced he would be issuing an executive order to protect transgender federal employees from workplace discrimination.  Once issued, it would expand upon an executive order from President Bill Clinton, which banned workplace discrimination upon federal employees on the basis of sexual orientation.  National lesbian, gay, bisexual and transgender civil rights organizations called for such an order when Obama was first elected, including the Human Rights Campaign in its Blueprint for Positive Change.

“If Congress won’t act, I will. I have directed my staff to prepare an executive order for my signature that prohibits discrimination by federal contractors on the basis of sexual orientation and gender identity,” Obama said at the reception. “And I’ve asked my staff to prepare a second executive order so that federal employees –- who are already protected on the basis of sexual orientation –- will now formally be protected from discrimination based on gender identity as well.”

“I’ve repeatedly called on Congress to pass the Employment Non-Discrimination Act,” Obama said. “Right now, there are more states that let same-sex couples get married than there are states who prohibit discrimination against their LGBT workers. We have laws that say Americans can’t be fired on the basis of the color of their skin or their religion, or because they have a disability. But every day, millions of Americans go to work worried that they could lose their job – not because of anything they’ve done.”

National leaders are lauding the announcement.

“Today President Obama proved yet again why he will be remembered as the most pro-LGBT president in history,” said HRC President Chad Griffin in a statement. “Each and every American worker should be judged based on the work they do, and never because of a fundamental aspect of who they are – like their gender identity. And the federal government, like employers across America, is best served by ensuring every qualified individual is able to serve without fear of discrimination.  We thank President Obama for announcing this crucial and historic measure, and we look forward to seeing it signed soon.”

For 12 years, HRC’s Corporate Equality Index has set key standards for equality in America’s workplaces, and corporations of all sizes, regions and industries have risen to the challenge and adopted policies and practices that treat LGBT workers fairly and equally.  According to HRC’s research, 91 percent of Fortune 500 companies include sexual orientation in their workplace policies and 61 percent include gender identity. Also, nearly 450 major companies require their suppliers to adhere to their own LGBT-inclusive workplace policies, including more than one-half of the 100 largest corporations in America.  These companies span 37 distinct industries and employ 13.7 million people.

A national survey of 1,200 registered voters was conducted June 6–10 by TargetPoint Consulting, finding that 63 percent of those surveyed favor a federal law that protects gay and transgender people from employment discrimination while only 25 percent oppose it.  Enthusiasm for this is especially strong among supporters: 42 percent strongly favor it, while only 16 percent strongly oppose. 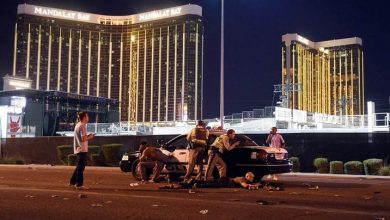