In the August 2013 issue of QSaltLake I wrote a column about the push to create religious exemptions in nondiscrimination law, and the potential impact of such exemptions.  Little did I know that scarcely a year later the United States Supreme Court would issue a ruling that allows closely held corporations to exempt themselves from laws based upon the religious views of their owners.

While the much-discussed Hobby Lobby case focused on the legality of such corporations refusing the mandate to provide contraceptive coverage under the Patient Protection and Affordable Care Act (Obamacare), it is hard to imagine that the precedent set therein won’t be applied to other areas of the law, such as nondiscrimination.  In the ruling, Justice Samuel Alito wrote:  “We hold that the regulations that impose this obligation violate RFRA (Religious Freedom Restoration Act of 1993), which prohibits the federal government from taking any action that substantially burdens the exercise of religion unless that action constitutes the least restrictive means of serving a compelling government interest.”

It doesn’t take much of an intuitive leap to see where this is going.  Religious groups and corporations opposed to equality have used the “religious freedom” argument for years, and they’re already smelling the blood in the water.  The New York Times recently reported that a letter, dated June 25, was delivered to The White House indicating that “any executive order that does not fully protect religious freedom will face widespread opposition and will further fragment our nation.”  That letter, according to the report, was followed by another one dated July 1 and organized by former Obama campaign and White House staffer Micheal Wear.  This second letter requested “that an extension of protection for one group not come at the expense of faith communities… .”

President Obama’s executive order, which was promised by the administration to be delivered “soon,” has yet to be issued, as of the time this is being written.

The question I have for these faith communities is the same question I’ve asked for years:  how do federal employment protections for LGBT citizens limit your right to worship as you see fit?  Is there some tenet of your religion that requires you to cause harm to LGBT people?

While the United States Constitution (specifically the First Amendment) protects the freedom to worship or not according to the dictates of individual conscience, that freedom does not include the right to cause harm to others in the pursuit of said worship.  And that is exactly what is being requested here:  the freedom to cause harm to other human beings based solely upon their sexual orientation or gender identity.  That is what is at stake with regard to discrimination:  very real harm caused to very real people.

Our socio-political system is based upon a social contract.  That social contract necessarily places limits on individual freedoms in order to preserve the common good.  As the wise man once said, “your freedom to swing your fist ends when it impacts my face.”  The same can be said of religion.  We have laws that preclude human sacrifice, although some religions have such practices.  We have laws that preclude things like “honor killings” of women and girls for shaming their families, and we certainly don’t allow biblical punishments like stoning for premarital intercourse.  The law must allow for the limitation of religious expression when that expression causes harm to other people.

Like these barbaric practices, racial and gender-based discrimination have (at least in law) been relegated to the dustbin of history.  There was a time when religious groups argued that these forms of discrimination were “God’s will,” it’s the same argument being used now to justify LGBT discrimination.  It’s old, it’s tired, and it belongs in the past.

This is not an issue of faith nor of religion.  It’s about the fair and ethical treatment of all of our fellow human beings.  Discrimination is not a religious freedom, it’s just bigotry. 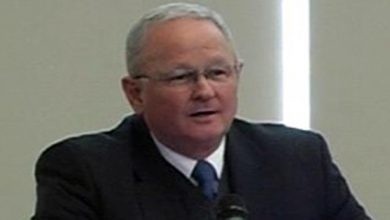 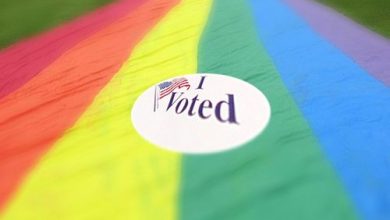