“I have been fired twice in my life,” Sutherland Institute President Paul Mero writes on his personal Facebook wall. “Once after a short lobbying stint in between congressional gigs and a second time Friday, August 15, at 8:15 am.”

Mero spent the last 14 years at the helm of the ultraconservative “think tank.”

“Utah is an ensign to this nation. Notwithstanding this success, exercising its prerogative, the board fired me — professionally, but unceremoniously,” he wrote. “Rest assured there is no scandal. I am the man everybody knows.”

Mero, while very conservative, was at one time reasonable. As same-sex marriage and other issues progressed across the nation, Mero’s rhetoric became more shrill.

“What a week for the politics of sexual radicals!” Mero wrote in December after Judge Robert Shelby’s same-sex marriage ruling. “This Shelby ruling on ‘gay marriage’ in Utah was about as specious and manipulative in logic and constitutional understanding as any court opinion I’ve heard of since Roe v. Wade.”

Of a Utah Senate committee’s passage of a Equality Utah anti-discrimination bill in 2013, Mero wrote, “The legislative politics of nondiscrimination has more twists and turns than a daytime soap opera. But we’re policy people and it’s difficult to advise on public relations … After five or six years of hearing this bill, and every year the bill is rejected, I’m sure the proponents might be a little frustrated. But when you can’t win on its merits, all that’s left is to ask legislators, ‘Pretty please?’”

The chairman of Sutherland’s board of trustees, Stanford Swim, released a statement.

“We have expressed to Paul – and want you to know also – that we are grateful for the 14 years of dedicated service Paul has given to Sutherland. Under his leadership, the Institute has become the most influential conservative voice in Utah,” Swim wrote. “Please know this: We will continue to stand with you in our commitment to the conservative principles that have made Utah the great state that it is. Only faith, family and freedom can truly help a community thrive and bring lasting happiness and prosperity to the men, women and children living in Utah and our nation.”

No plans for Mero’s replacement have been announced. The Sutherland Institute is footing part of the bill for the outside council hired by the Utah Attorney General’s Office to fight against Judge Shelby’s ruling on same-sex marriage. 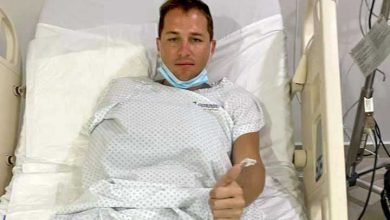