ALABAMA: On February 13, 2014, the Southern Poverty Law Center filed suit in U.S. District Court for the Middle District of Alabama on behalf of Paul Hard challenging the state’s ban on same-sex marriage, both in its statutes and constitution.

ALASKA: On May 12, 2014, five same-sex couples filed a lawsuit in federal district court in Anchorage challenging the state’s same-sex marriage ban. On July 25, 2014, the Alaska Supreme Court ruled in a separate case that denying survivor benefits to a deceased person’s same-sex partner violated the survivor’s right to equal protection.

ARIZONA: On January 6, 2014, in Connolly v. Roche, four same-sex couples filed a class-action lawsuit in district court seeking to have Arizona’s definition of marriage ruled unconstitutional. On March 13, Lambda Legal filed a suit in the same court on behalf of seven same-sex couples and a widow and a widower, each the surviving spouse of a same-sex couple.

ARKANSAS: A state judge in May struck down the state’s ban. The state Supreme Court brought marriages to a halt and is weighing state officials’ appeal. Same-sex couples are also suing the state in federal court. The attorney general’s office has asked that proceedings in both cases be put on hold while the U.S. Supreme Court considers whether to take up a case from Utah.

CALIFORNIA: Same-sex marriage is legal since the U.S. Supreme Court refused to hear the case of Proposition 8 on standing issues. SB 1306 was introduced on February 2014 by Senator Leno and will repeal remaining language in the Family Code that discriminates against same-sex couples.

COLORADO: Several county clerks began issuing marriage licenses to same-sex couples in June despite the ban. A state judge struck down the ban July 9 but put the ruling on hold while the state appeals. On July 23, a federal judge also overturned the ban but issued a stay; a federal appeals court later extended the stay. The state Supreme Court on July 29 ordered all clerks to stop issuing licenses to same-sex couples. Republican Attorney General John Suthers says that he knows it’s only a matter of time until gay marriage is legal but that he’ll continue to defend the law.

CONNECTICUT: Same-sex marriage has been legal since October 10, 2008.

DISTRICT OF COLUMBIA: Same-sex marriage was legalized on December 18, 2009.

FLORIDA: A federal judge last week declared the state’s ban unconstitutional, joining state judges in four counties. He issued a stay delaying the effect of his order, meaning no marriage licenses will be immediately issued for gay couples.

GEORGIA: Inniss v. Aderhold was filed April 22, 2014 and is still making its way through the court.

HAWAII: Same-sex couples sued in 2011 to overturn the state’s ban. A federal court later upheld the ban, but then Legislature last year legalized gay marriage. The 9th U.S. Circuit Court of Appeals is scheduled to hear arguments in San Francisco on Sept. 8, the same day it will consider cases from Idaho and Nevada.

IDAHO: State officials are appealing a federal judge’s decision to overturn the state’s ban. The 9th Circuit Court of Appeals in San Francisco is scheduled to hear arguments Sept. 8, the same day it will consider appeals from Hawaii and Nevada.

INDIANA: A federal judge struck down the state’s ban in June, and hundreds of couples wed before the 7th U.S. Circuit Court of Appeals in Chicago granted a stay of the ruling. The appeals court heard argument from both sides on Tuesday, though no decision was immediately made.

KANSAS: On December 30, 2013, a lawsuit was filed on behalf of two same-sex couples — Roberta and Julia Woodrick and Michael Nelson and Charles Dedmon — seeking respect for their out-of-state marriage licenses in Kansas for the purpose of filing their taxes as a married couple.

KENTUCKY: Two Kentucky cases were among six from four states heard in the 6th U.S. Circuit Court of Appeals in Cincinnati on Aug. 6. Rulings are pending on recognition of out-of-state marriages, as well as the ban on marriages within the state.

MARYLAND: Same-sex marriage has been legal since January 1, 2013.

MICHIGAN: The state’s ban was overturned by a federal judge in March following a rare trial that mostly focused on the impact on children. The 6th U.S. Circuit Court of Appeals in Cincinnati heard arguments Aug. 6, and a ruling is pending.

MINNESOTA: Minnesota has recognized the validity of same-sex marriages from other jurisdictions since July 1, 2013, and began issuing its own certificates on August 1, 2013.

MISSISSIPPI: Lauren Beth Czekala-Chatham, who married her partner in California, is trying to get Mississippi to recognize their marriage and then allow them to divorce, so that she and her former partner straighten out property ownership, alimony, and parental rights.

MISSOURI: Court cases at the state and federal level are still being heard.

MONTANA: A lawsuit was filed on May 21, 2014 in federal court seeking to end the Montana constitution’s description of marriage as between one man and one woman.

NEBRASKA: A same-sex divorce case was procedurally dismissed, sidestepping a decision on marriage. No further cases are proceeding at this time.

NEVADA: Eight couples are challenging Nevada’s voter-approved 2002 ban, which a federal judge upheld a decade later. The 9th U.S. Circuit Court of Appeals in San Francisco has scheduled arguments for Sept. 8, the same day the court will consider appeals from Hawaii and Idaho.

NEW JERSEY: Same-sex marriage has been legally recognized since October 21, 2013.

NEW YORK: Same-sex marriage in New York became legal on July 24, 2011, under the Marriage Equality Act, which was passed by the New York State Legislature.

NORTH DAKOTA: On June 6, 2014, seven same-sex couples filed a federal lawsuit against North Dakota State officials seeking the right to marry and recognition of marriages performed in other jurisdictions. The suit, Ramsay v. Dalrymple, was brought by Minneapolis civil rights attorney Joshua Newville, who filed a similar lawsuit on behalf of six same-sex couples in South Dakota on May 22, 2014.

OHIO: Two Ohio cases were argued Aug. 6 in the 6th U.S. Circuit Court of Appeals, and a ruling is pending. In one, two gay men whose spouses were dying sued to have their out-of-state marriages recognized on their spouses’ death certificates. In the other, four couples sued to have both spouses listed on their children’s birth certificates.

OKLAHOMA: An appeals court tossed the state’s ban in July but put its ruling on hold on hold pending an appeal, meaning same-sex couples can’t marry in Oklahoma for now. Attorneys representing the Tulsa County court clerk — who refused to issue a marriage license for a lesbian couple there — asked the Supreme Court this month to hear the case.

SOUTH DAKOTA: Suit was filed on 5/22/14 on behalf of four same-sex couples seeking the freedom to marry and recognition of marriages entered by same-sex outside the state. The court is hearing motions to dismiss.

TENNESSEE: The 6th U.S. Circuit Court of Appeals heard arguments Aug. 6 on an appeal of a federal judge’s order to recognize three same-sex couples’ marriages while their lawsuit against the state works through the courts. A ruling is pending.

TEXAS: A federal judge declared the state’s ban unconstitutional, issuing a preliminary injunction. The state is appealing to the 5th U.S. Circuit Court of Appeals in New Orleans, which is soon expected to set a date for arguments.

UTAH: The 10th U.S. Circuit Court of Appeals in Denver ruled this summer that Utah must allow gay couples to marry, though it put the ruling on hold pending an appeal. The state has asked the U.S. Supreme Court to uphold the state’s ban.

VIRGINIA: The 4th U.S. Circuit Court of Appeals in Richmond ruled in July that the state’s voter-approved ban is unconstitutional. Last week, the U.S. Supreme Court granted a request from a county clerk to delay implementation of the ruling, which would have allowed same-sex couples to marry beginning Aug. 21.

WASHINGTON: Same-sex marriage has been legal since December 6, 2012.

WEST VIRGINIA: McGee v. Cole was filed Oct. 1, 2013 in District Court. The judge stayed proceedings until the Virginia case was decided. Motions are now pending to move the case forward.

WISCONSIN: A federal judge struck down the state’s ban in June, leading to more than 500 same-sex weddings before the judge put her ruling on hold. The state appealed to the 7th U.S. Circuit Court of Appeals in Chicago, which heard arguments from both sides on Tuesday but made no immediate ruling. 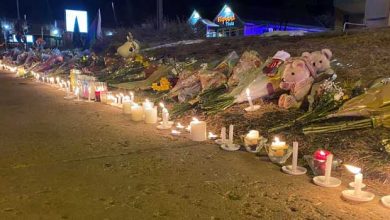