The United States Supreme Court has officially rejected appeals from Indiana, Oklahoma, Utah, Virginia, and Wisconsin on marriage equality cases, which immediately ends the previously imposed stays on appellate court rulings and makes same-sex marriage legal in 30 states and the District of Columbia.

Restore Our Humanity was the group in Utah that recruited the plaintiffs and hired the attorneys for the Kitchen v. Herbert case, the first same-sex marriage case to be decided at the federal level after the Supreme Court’s landmark ruling in the Windsor (DOMA) case. It was also the first case to reach the Supreme Court as both sides of the issue appealed for certiorari. The case was filed on behalf of three plaintiff couples, Derek Kitchen and Moudi Sbeity, Kate Call and Karen Archer, and Kody Partridge and Laurie Wood.

United States District Judge Robert Shelby ruled on December 20, 2013, that Utah’s marriage laws were inherently discriminatory and therefore unconstitutional and ordered them to be immediately stricken. Stay requests filed in the district court and with the Tenth Circuit Court of Appeals were rejected, triggering 17 days of marriage equality in Utah which resulted in over 1,300 same-sex couples being legally married.

On January 6, 2014, the Supreme Court intervened and granted a stay pending final review of the case, which led many observers to believe that this case, or one similar, would be heard by the Supreme Court. This morning’s announcement, however, that cases from all five states had been rejected, makes marriage equality now legal in every state in the Tenth, Seventh, and Fourth districts, bringing the total number of states now allowing same-sex marriage to 30, plus the District of Columbia.

Mark Lawrence, Director of Restore Our Humanity, spoke with QSaltLake this morning: “It was never Restore Our Humanity’s goal to carry this case to the Supreme Court. We are thrilled and humbled to have been able to help bring marriage equality to the people of Utah and the other states in the Tenth Circuit.  This is a perfect example of how our judicial system should work.  Love and justice prevail.”

Calls to Utah Attorney General Sean Reyes were not immediately returned, but a statement from Governor Herbert is expected at approximately 11 a.m.

According to the Human Rights Campaign, the ruling immediately affects the five states which appealed to the Court, but also leaves in place the circuit court rulings from the Fourth, Seventh and Tenth Circuits, meaning couples in West Virginia, North Carolina, South Carolina, Kansas, Colorado and Wyoming will soon be able to marry as well.

“Any time same-sex couples are extended marriage equality is something to celebrate, and today is a joyous day for thousands of couples across America who will immediately feel the impact of today’s Supreme Court action,” said Human Rights Campaign President Chad Griffin. “But let me be clear, the complex and discriminatory patchwork of marriage laws that was prolonged today by the Supreme Court is unsustainable. The only acceptable solution is nationwide marriage equality and we recommit to ourselves to securing that ultimate victory as soon as possible.”

On January 6, 2013, the Supreme Court issued a stay on Judge Shelby’s decision.  On June 26, 2014, the Tenth Circuit stayed enforcement of their own ruling pending Supreme Court review.  Procedurally, the Tenth needs to issue a mandate which is comprised of their opinion and an order from the court to comply with the new ruling.  Gill explained, “If we issue licenses prior to the mandate taking effect, the marriage will be considered invalid in time.”

Gill also speculated that Tenth Circuit will move quickly.  “Given the urgency of the matter, I suspect it will happen today, but nobody knows for sure.”

Utah Attorney General candidate Charles Stormont also weighed in, “It takes four justices to grant cert  in a case.  This decision means that no case presented meritorious enough evidence to convince four justices to think that it should be heard.  That speaks to the obvious lack of strength of all of these cases and to the tremendous waste of money that this has been for Utah taxpayers.” 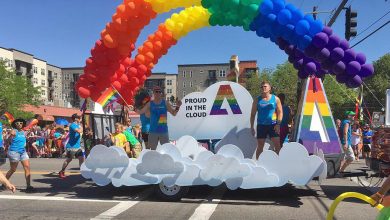 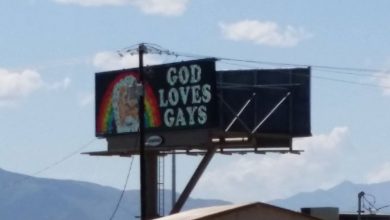