“Like a large number of men, I, too, have had homosexual experiences and I am not ashamed,” he once said. “I have never paid much attention to what people think about me.”

The True Blood star revealed she is bisexual in a PSA for the Give a Damn campaign as part of the True Colors Fund, an advocacy group organised by Cyndi Lauper dedicated to LGBT equality. “I’m Anna Paquin. I’m bisexual, and I give a damn,” she announced.

The future Mrs. Depp came out as a lesbian at GLAAD’s 25th anniversary celebration in 2010 and dated photographer Tasya van Ree before hooking up with fiancee Johnny Depp.

In an interview with Contact Music in 2003, Drew said “Do I like women sexually? Yeah, I do. Totally. I have always considered myself bisexual.” She was also quoted in 2004 as saying, “A woman and a woman together are beautiful, just as a man and a woman together are beautiful. Being with a woman is like exploring your own body, but through someone else. When I was younger I used to go with lots of women. Totally. I love it.”

Self-proclaimed bisexual Megan Fox once said of fellow actress Olivia Wilde, “[she] is so sexy, she makes me want to strangle a mountain ox with my bare hands.”—an image we all can enjoy pondering.

Myspace celebrity Tila Tequila hosted an entire reality series based around the fact that she liked both men and women and needed some “provocation” to help her pick. The reality star is now expecting—perhaps she’ll host a show to help her decide whether it’s going to be a boy or a girl.

It’s fair to say you need an open mind if you’re going to date someone like Marilyn Manson or even play a lesbian vampire in True Blood — both of which Evan Rachel Wood has done in the past. Evan’s also expressed to the press that she’s fallen in love with men and women alike in the past.

“I think I’ve always been bisexual … I think everybody kind of fantasizes about the same sex,” said Green Day front man to The Advocate, despite the fact  he’s been married (to a woman) with two kids since the 90s. That’s cool with us Billie!

Unexpectedly, record executive Clive Davis came out as bisexual in his 2013 memoir, The Soundtrack Of My Life—proving  it’s never too late in the game to jump out of that closet.

Although the hip-hop/rap scene can be a difficult place for anyone categorized in the LGBT community, young rapstress Azealia Banks has always identified herself as bisexual. The artist has since received accusations that she’s done it for attention—but in her genre of music, why would she?

Jersey Shore TV personality Snooki laid claim to being bi, though she also told The Huffington Post, “I would never be with a girl because I like … penis. But I’ve experimented.” Sounds like a played out party trick.

Lady Gaga has pursued many aspects of her life with a sense of experimentation, so it was no surprised when she came out as bisexual to Barbara Walters in 2010.

Black Eyed Peas’ sexy front woman Fergie confirmed her bisexuality to Oprah in 2012, and compared her sexual experiences on tour to the openness of being away at college for the first time—although she’s now been in a committed relationship with actor Josh Duhamel for several years.

Known well for her unconventional approach (ref: carrying Billy Bob Thornton’s blood in a vial around her neck) Angelina Jolie has always been self-identified as bisexual, and she even had a highly publicized relationship with girlfriend Jenny Shimizu back in the 90s. 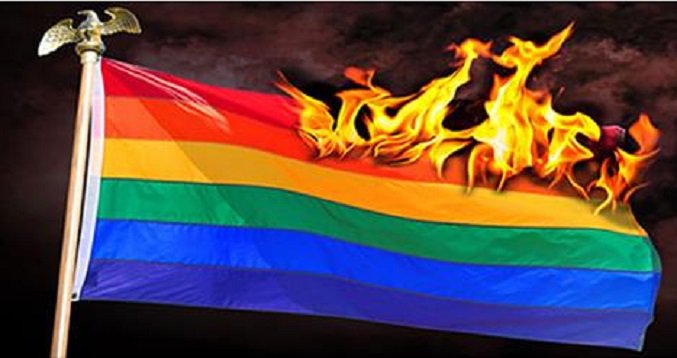