It’s always exciting to write something I really believe in. CHRISTMAS WITH MISFITS is just such a project. It’s a collection of four short comic plays, about, well, misfits at Christmas. Misfits are all the people left out of the Christmas design, all those people who do not fit the Disney and Coca-Cola notions of a perfect, perfect holiday.

Christmas is really meant for little children with bright eyes and parents with a lot of money. All the rest of us are misfits. How about a couple of gay adolescent nerds, a boy and a girl, who give each other sex for Christmas? Ah, but do they like it? Not much. How about the gay woman in an old folks home who hooks up with a man of her own age for Christmas on the balcony? This, after the man forgoes Christmas with his kids and grandkids. Why? He’s embarrassed by the greed, waste, bad humor.

And why do I really believe in this project? Easy. I really don’t like Christmas. I am embarrassed by it. Yep, by the greed, waste, and bad humor. But I also don’t fit. I’m a misfit and always have been. Every year I get progressively more depressed, starting with the first Christmas carol in the first store about mid-September. As it turns out, I am like many other Americans, maybe even most of us, who duck and cover every year as Christmas approaches. For we are a culture that has designed a holiday we don’t really like, which plants expectations we can live up to.

So in CHRISTMAS WITH MISFITS we spend a few minutes with a representative sample of those who don’t fit. In the process, perhaps our awareness is broadened and we have more patience for those who are different from ourselves. We also laugh a bit, too. None of us can afford to take the holiday too seriously. That will just make us nuts! MARRY CHRISTMAS is a simple boy-meets-boy (and girl-meets-girl) story. You know the kind: Two people fall in love and get married and then the Attorney General asks the Supreme Court to intervene.

As conceived by Plan-B’s Jerry Rapier, the play is a look back at the 17 days last winter when gay marriage was legal in Utah. Because I used to be a newspaper reporter and am now a playwright, Jerry asked me to interview couples who got married during those two and a half weeks and then to write a play based on those stories, from the giddy beginnings on December 20 to the cliff-hanger ending that still hasn’t been resolved.

I’ve loved talking to these couples. Take, for example, Shelly Eyre and Cheryl Haws, who’ve been together for nine years, got a marriage license in Provo on December 26, and suddenly discovered that a picture of them kissing was on the national news. “Most of our friends have never seen us kissing,” says Shelly. “We look like Relief Society ladies. What I always say is, I don’t know why people are so upset about our lifestyle; my life doesn’t even have a style. My lifestyle is more like yours.”

MARRY CHRISTMAS could have a cast of thousands, because every one of the couples that married last winter has a story worth telling. We hope the ones we’ve picked will give the flavor of those 17 days — the shock of hearing the news, the sense of urgency to get a marriage license before a court stay was issued, the jubilation in county clerks’ offices across the state, the disappointment and jubilation and disappointment again from the court decisions that followed — and the months of limbo since.

Now that the U.S. Supreme Court declined to hear the Kitchen v. Herbert case, many more marriage stories are out there. And maybe there will be a MARRY CHRISTMAS: THE SEQUEL.

Visit planbtheatre.org for tickets and more information on both productions. Q 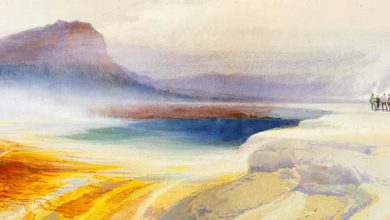 UMFA presents LGBT history and culture in the American West

Good Company Theatre presents the Utah premiere of ‘The Christians’