“More than five hundred committed and loving gay and lesbian couples have already married in the state of Arkansas, and two separate courts have now both declared that the state’s ban on marriage equality is unconstitutional. There’s no excuse for delaying justice even one more day.  I am proud to be an Arkansan by birth, but I’ll be even prouder when this shameful stain on the state Constitution is erased once and for all. Thanks to today’s historic ruling and the courageous plaintiffs and attorneys who made it possible, that day is closer than ever before.”

Judge Baker stayed the ruling, so no marriages will take place while the state decides whether to appeal to the Eighth Circuit Court of Appeals.  Last month the U.S. Supreme Court issued an order allowing the pro-marriage equality rulings from the Fourth, Seventh and Tenth Circuits to stand, immediately making marriage for same-sex couples possible in five new states – with many more following soon after. The Sixth Circuit Court of Appeals overturned lower court rulings that struck down Kentucky, Michigan, Ohio and Tennessee bans on marriage equality.  Up to that point, no state marriage ban had survived a federal circuit court ruling.  The rulings out of the Sixth Circuit are now on appeal to the U.S. Supreme Court.

Same-sex couples can legally marry in thirty-five states and the District of Columbia, while fifteen states have a constitutional amendment restricting marriage to the union of one man and one woman.  For more information on this and other marriage equality cases across the country, visit www.americansformarriageequality.org 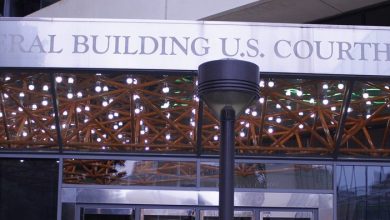 Schwarzenegger Says Prop. 8 May Be Undone