“The Utah Pride Center today accepted the resignation of executive director Steven Ha and would like to thank him for his service,” Frogley said in a statement. “Mr. Ha was recently diagnosed with a recurrence of lymphoma and is stepping down.”

“The mental health programs that Steven helped put in place are serving many members of our community and we look forward to building on the foundation Steven created during his tenure at the Utah Pride Center,” Frogley continued. “Day-to-day operations will continue under the direction of Sheila Raboy in the position of interim operations director. She has resigned from the UPC Board of Directors in order to fill this important role and ensure continuity of programs. The highly capable Utah Pride Center staff, along with Sheila, will collaboratively work to maintain and improve the programs, services and events offered through UPC.”

The Center will announce plans for a search for a new executive director after the first of the year. In the interim, the UPC Board will oversee the ongoing growth and expansion of programs, events, and partnerships.

Ha became the executive director in February with an expectation to serve for one year after the Center was on a search to replace Valerie Larabee, who resigned in October, 2013.

Ha joined the board of directors of the Center after the family of David Phan, the 14-year-old who committed suicide at Bennion Jr. high in Taylorsville in December of 2012, asked him to introduce them to gay community leaders in the hope of assembling a group to address issues faced by gay-ethnic youth. He was elected treasurer of the organization in December, 2013.

Ha focused on positioning the Center as a mental health provider in part as a way to increase revenue. He has also been focusing on grant writing and other efforts to progress the Center to the next level.

At the December board meeting, John Netto announced that his year term as president of the board was an appropriate time to “walk away” as he moved his focus to financing the building, managing a CDFA grant and writing other grants to move the construction of the building forward. At that meeting, the board also voted to set up a new non-profit organization to own and manage the building, with a small lease agreement to the Center. Separating the building from the organization itself will allow that group to seek funds otherwise not available to the Center.

Frogley joined the Center’s board of directors in 2012. He is currently the assistant vice president of institutional marketing and communications for Salt Lake Community College. He has also lead global marketing at FranklinCovey, was partner at Taylor Fife Kent and has been at O.C. Tanner, Saatchi & Saatchi DFS and Bates Worldwide. 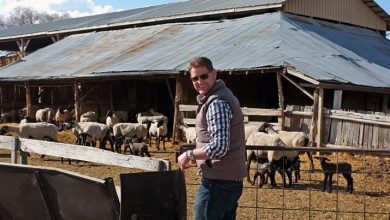 So. Utah to Hold AIDS Walk