The month of January will mark the 25th anniversary of the political-action group Utah Stonewall Democrats. The group was founded in 1990 as Gay and Lesbian Utah Democrats by gay political activist David Nelson to affiliate with the Utah Democratic Party and its county parties.

Before the group was founded, state-party office manager Sherrie Swensen was the only person who knew about Nelson’s plan to create a Democratic group for lesbian, gay, bisexual and transgender (LGBT) Utahns. She advised and assisted him in his party-policy research and group development. The group returned the favor in 1990 by endorsing her in a successful campaign for election to serve as the Salt Lake County clerk, an office which she continues to serve 25 years later.

The group combined its work originally as a party caucus, political-action committee and legislative lobbying group. At its first Utah Democratic Convention in 1990, the group welcomed 27 LGBT party-convention delegates and central-committee members from around the state to its caucus, and was described as “a new political powerhouse” by KUTV television-news reporters.

Despite some party leaders who expressed reluctance to work with it, the group increased the number of its delegates and committee members in the following years to include hundreds of LGBT Utahns and their supporters which made it one of the largest and most influential caucuses in the party.

Many of the group’s supporters have served as its executive-committee officers and members. The group soon enjoyed the ability to help elect some of its delegates and committee members to serve as county- and state-party leaders, and Democratic National Convention delegates. Its early growth and success helped make possible the election of LGBT-friendly public officials in the state, and the adoption of several inclusive party policies and public laws in the state.

Group leaders including Nelson, Chair Michael Aaron and Executive Director Dale Sorenson helped write and lobbied successfully in 1992 for the adoption of the state’s first hate-crime laws. Later that year, they and executive-committee member David Thometz lobbied successfully for the state’s first inclusive nondiscrimination ordinance that was written by Nelson and adopted by the Salt Lake County Board of Commissioners.

Former state-party Chair and Utah Sen. Jim Dabakis was an early group member. He said that the growing involvement of LGBT Utahns in politics and government is more important than legislative achievements alone.

“Where this historic group and its visionary leaders succeeded is in changing the courage level of the LGBT community,” Dabakis said. “Brave and bold leaders empowered our success.”

When Nelson, Aaron and Sorenson met in 1996 with U.S. Vice President Al Gore, and Democratic National Committee officers and staffers in Washington, they helped found the National Stonewall Democratic Federation (that incorporated later as National Stonewall Democrats), and group leaders brought many of their ideas to a national audience when it became an affiliate of the national group.

In recent years, the group has seen several of its leaders and supporters appointed or elected to public offices throughout the state. Their successes have encouraged a whole new generation of LGBT Utahns to become involved in the group.

Group Vice Chair Becky Moss has been active with it since its founding and was involved in many of its accomplishments. She said that recognizing its silver anniversary could encourage new supporters.

“The best thing that this group does is introduce other Democrats to our corner of the big tent,” Moss said. “For me, meeting all the people in the group is the best part about being one of its members.”

Nelson said that, at a time in American politics when opinions and influences can change quickly, “the 25th anniversary of anything political is remarkable.”

“It is a tribute to the group’s many leaders, members and supporters that the group is still very much relevant to the civic dialogue of our state,” Nelson said. “From adopting the first state-party platform that included a nondiscrimination policy, to the recent and ongoing work to help protect marriage equality, the group is still a ‘political powerhouse.’”

Remarking about his personal role in founding the group, Nelson said, “not bad for an Aspie, huh?” 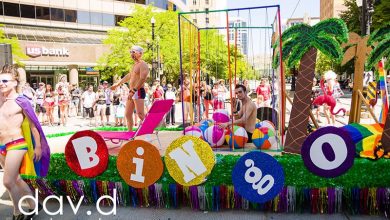 The Features of the Best Ergonomic Keyboard