Declaring victory in a compromise between those who seek to protect lesbian, gay, bisexual and transgender people and those hoping to affirm religious freedom, LGBT leaders stood with apostles of the Church of Jesus Christ of Latter-day Saints to introduce Senate Bill 296, Antidiscrimination and Religious Freedom Amendments. Chief senate sponsors are Sen. Steve Urquhart, R-St. George, and Sen. Stuart Adams, R-Layton. The house sponsor is Rep. Brad Dee, R-Ogden.

Urquhart, who has sponsored a nondiscrimination bill for several years on Utah’s Capitol Hill, said that, “with faith, you can move mountains.”

“Like in Utah’s history, when the final, golden spike was driven in Utah, uniting the west and east coasts of the United States, we hope today’s announcement will drive a spike in the false idea that LGBT rights are in conflict with religious freedom,” Urquhart said.

The bill amends the Utah Antidiscrimination Act an the Utah Fair Housing Act to include “gender identity” and “sexual orientation” provisions. It also, however, exempts religious institutions, associations, leaders (when acting in the capacity of their religion), and their subsidiaries, as well as the Boy Scouts of America. It also exempts businesses with 15 or less employees and building owners with 4 or less units.

This is the first time that the terms “sexual orientation” and “gender identity” would be codified in Utah law. Ultra-conservative groups have fought against any mention of the terms for decades, concerned such inclusion would affirm gay and transgender people as a protected class. In fact, this bill twice says, “This chapter shall not be construed to create a special or protected class for any purpose other than employment” and housing.

The bill would, however, prohibit employers and labor organizations from refusing to “hire, promote, discharge, demote, or terminate a person, or to retaliate against, harass, or discriminate in matters of compensation or in terms, privileges, and conditions of employment against a person otherwise qualified, because of … sexual orientation or gender identity.”

The bill would prohibit employment actions against certain employee speech.

“An employer may not discharge, demote, terminate, or refuse to hire any person, or retaliate against, harass, or discriminate in matters of compensation or in terms, privileges, and conditions of employment against any person otherwise qualified, for lawful expression or expressive activity outside of the workplace regarding the person’s religious, political, or personal convictions, including convictions about marriage, family, or sexuality, unless the expression or expressive activity is in direct conflict with the essential business-related interests of the employer.”

The bill has been drafted in such a way that, should a court declare any part of it invalid, the entire bill becomes invalid. This could result in dissuading any person or organization from suing the state over the constitutionality of the religious exemptions. Doing so could result in the loss of nondiscrimination protections.

What the bill does not include

Since the scope of this bill is employment and housing, such topics as refusal of service to same-sex weddings on religious grounds are not addressed.

Retribution of an individual or business for public comments or donations to political causes by customers or the general public are also not addressed in the bill. LDS Church leaders had given an example during a press conference last month of Mozilla CEO Brendan Eich being force to resign over his donation to pass California’s Proposition 8.

Sen. James Dabakis, D-Salt Lake City, was directly involved in the process of negotiating and drafting the bill.

“I am very proud to be a Utahn today. My heart is filled,” he said at the press conference announcing the bill. “I am proud that we can start at such different places, and we can talk, speak, be respectful and communicate and come together.”

“If the country could be like this,” he continued, “think of what Washington could get done.”

Equality Utah Executive Director Troy Williams, who also was part of the negotiations along with EU board president Cliff Rosky, also marveled that few thought it would be possible to come to an agreement.

“The Williams Institute (no relation) says that there are 55,000 gay and transgender people in the state. We are doctors and lawyers and dancers and hair dressers and teachers and waiters … When I was a missionary, I didn’t know any of this,” Williams said. “I was just scared.”

“I wish that 20-year-old me could have gazed into the future and seen leaders of the LGBT community standing by leaders, no apostles, of the LDS Church on Capitol Hill, I would have ha tremendous hope for the future,” he continued. “Today’s work will give ope to our LGBT children.”

Neill Foote Marriott, second counselor in the general presidency of the LDS Church’s Young Women organization quoted Abraham Lincoln, “With malice toward none, with charity for all, with firmness in the right as God gives us to see the right, let us strive on to finish the work we are in, to bind up the nation’s wounds, to care for him who shall have borne the battle and for his widow and his orphan, to do all which may achieve and cherish a just and lasting peace among ourselves and with all nations.”

Marriott recognized that the nation is polarized on the issue of marriage, sexual orientation and gender identity.

“Because of the efforts of many, we [LDS Church leaders] are happy to be here today to give our support to this bill,” she said.

D. Todd Christofferson, Quorum of the Twelve Apostles of the LDS Church, recognized that, “no party may get all they want. It is better, however, that both sides get enough of what they want.”

“The Church of Jesus Christ of Latter-day Saints is proud today to support SB296, Antidiscrimination and Religious Freedom Amendments.”

Outside the press conference, Rep. LaVar Christensen, the drafter of Utah’s Amendment 3 and close friend of many of the most conservative groups in the state, said he was excited about the bill.

“It goes to show that where there’s a will, there’s a way,” he said. “This bill will give the expansion of protections, and I’m so grateful for the religious freedom provisions.”

Christensen still has a similar bill that will be heard in committee today and says he has no plans to pull it.

“It’s part of the process,” he said. Allowing all bills to progress, he said, will enable discussion of the merits of each to be part of the final bill.

“The outcome will be as stated here today,” he promised.

Gov. Gary Herbert called the bill a model for other states.

“Today’s announcement is a great example of what makes Utah great. We work together to tackle difficult issues. I applaud members of the House and Senate for working with the LGBT community and religious, business and civic leaders toward a worthy goal. The way our state has addressed this issue will serve as a model for the rest of the nation.”

National organizations, including the ACLU and Human Rights campaign have also expressed support for the bill.

“This is an extraordinary moment for the state of Utah, for LGBT Americans, and for the Mormon Church, which, by supporting this legislation, shows a willingness to align with others on the right side of history,” said HRC President Chad Griffin. “The desire exhibited by the Mormon Church to work toward common ground should serve as a model for other faith traditions here in the United States.”

The bill, in its entirety, can be found here. 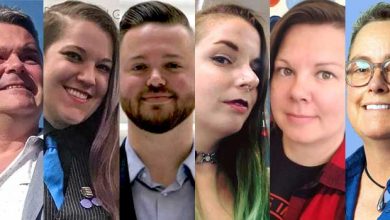 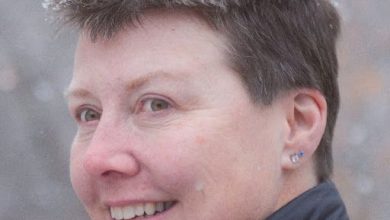