Sen. J. Stuart Adams, R-Layton, who is a co-sponsor on SB296, “Antidiscrimination and Religious Freedoms Amendments,” is also sponsor of SB297, “Protections for Religious Expression and Beliefs about Marriage, Family, Or Sexuality.” The bill allows any government official, other than a county clerk, to opt out of performing all marriages except those of their family should they object to marrying couples of the same sex.

Current law allows the governor, lieutenant governor, a municipal mayor, a county executive, a justice, judge, or commissioner of a court of record, a judge of a court not of record, a judge or magistrate of the United States, the president of the Senate, the speaker of the House of Representatives, or a judge or magistrate who held office in Utah when retired to perform marriages. It does not, however, compel these officials to perform marriages.

Regardless, Adams has put forth a bill that would create an entire chapter in Utah code, Chapter 20, “Religious Protections in Relation to Marriage, Family or Sexuality,” that protects religious officials and organizations as well as government officials, to decline to solemnize a marriage due to any closely-held belief.

It goes further to say that the government cannot take action against a professional or business that refuses services or goods for a marriage “contrary to the official’s or the organization’s religious beliefs.”

Equality Utah said in a statement in response to a question from QSaltLake that with the current language, the organization cannot support the legislation.

“We were actively involved in the crafting of SB296 with Senators Urquhart and Adams. We are very pleased with the progress we have made collaborating with the various stakeholders,” the statement reads. “However, we were not consulted on the drafting of the language of SB297. We are worried that broad individual exemptions may be granted to an unlimited amount of people. We will not support any legislation that may adversely impact the fundamental rights of LGBT Utahns.”

“We will continue to engage in active dialogue with the authors of the draft to insure that our rights and liberties will not be infringed. This is a work in progress and we are equally hopeful for a collaborative outcome,” the statement ended.

The bill was introduced on Thursday and has been assigned to the Senate Business and Labor Committee, which passed out SB296 unanimously Thursday morning. It is scheduled to be heard Friday at 4 p.m. 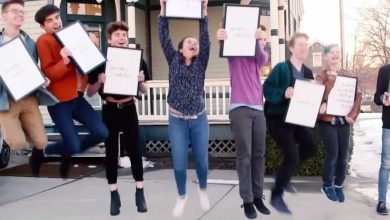