To the delight of their queer-lady fans, Reese Witherspoon and Sofia Vergara may kiss up on each other, but it’s all just part of their Hot Pursuit. In the film, Witherspoon portrays Officer Cooper, a by-the-books cop assigned to protect the ultra-fashionable widow of a drug dealer (Vergara of Modern Family) – at one point faking lesbian to escape a potentially sketchy situation.

This isn’t Witherspoon’s first on-screen kiss with another woman, of course. And even though the Oscar-winning actress couldn’t recall her pre-fame woman-on-woman debut during our interview – 1996’s Freeway, when she and Brittany Murphy made out – how could we forget?

“I don’t think I’ve kissed another girl on screen,” Reese says, as we’re asked to move onto the next question.
Here’s what else the budding BFFs had to say about lesbians, Legally Blonde and female liberation during this gay press exclusive.

Dealing with homosexuality in comedy can be delicate, and some people take offense to pseudo lesbianism. As actors, how do you know when not to go too far? Is there a “too far”?
Reese: I think gay people are able to play straight roles; straight people are able to play gay roles. The whole point of being an actor is to transform. If people don’t understand that we need to be malleable in our sexuality, then I think they need to lighten up.

Sofia, you’re on a gay-loved TV show. Reese, you famously taught us the “bend-and-snap.” Looking back, when were you both first aware that you had a gay and lesbian following?
Reese: For me, probably Legally Blonde, or Cruel Intentions.
Sofia: I’ve never really thought about it. I’ve always had a lot of gay friends as very close friends. I don’t know! My [Modern Family] character, Gloria – they like her!
Reese: Her attitude. And the way she dresses – yeah!

Reese, what did the bend-and-snap do for your gay cred?
Reese: Um, well, hopefully legitimized my dance moves! I have a strong dance game.
Sofia: She does, she does!
Reese: And now I’m working on a Latino audience with my dance game.
Sofia: Oh, the Latino audience adores her!
Reese: (Laughs) Sofia’s taught me how to Latin dance.
Sofia: You didn’t need me to teach you anything – you knew already.
Reese: I had a beat in my heart.

How much of the “nuzzle Reese’s face in Sofia’s bosom” scene was improvised?
Sofia: Oh, it was half and half.
Reese: Yeah, it was in the script, and then Sofia decided she’d yank my ponytail.
Sofia: Yeah, she smelled very good!

I don’t have to tell you that your makeout scene in Hot Pursuit is already getting a lot of lesbian buzz. How accustomed are you to attention from lesbians at this point in your career?
Reese: I have a ton of lesbian friends, and I think any kind of woman who relates to us or enjoys the movie – that’s awesome!
Sofia: Half of the time I don’t know if they’re lesbian. It’s just normal. It’s not like they’re like, “Hi, I am a lesbian and I am a fan!”
Reese: (Laughs) The whole movie is: It doesn’t matter where you’re from, what your sexual orientation is, what you do for a living, what your ethnicity is – women are women, and we all have a lot in common.

I’ve loved watching the evolution of female actors in the action genre. How does it feel being a part of “the girls can be just as bad as boys” movement in Hollywood?
Reese: I think it’s great. It’s liberating because it’s not all about our characters’ romantic lives or that we’re chasing men – it’s that we’re running for our lives and we have to figure out a way to get along so that we survive.

How do you feel about it, Sofia?
Sofia: About her lesbian followers?!

Sure! Let’s talk some more about Reese’s lesbian followers.
Sofia: (Laughs) No, like I said, I didn’t really notice. I think the thing with movies is to entertain everybody. You don’t have to be anything special to enjoy the entertainment of what we’re doing. We’re doing it for everybody.

Hillary Clinton would be happy to hear that. I bet she’d dig all this Hot Pursuit girl power.
Reese: We hope everybody likes it!

So, Reese, you get to dabble in drag. You make a cute boy, by the way.
Reese: Thaaaanks!

How was it determined what kind of boy you’d be for your drag debut?
Reese: It was really interesting! Like, obviously I was José Bieber, the Latin Bieber, in this movie. As soon as I put on the clothes, my whole personality changed. You know, I was talkin’ to the honeys!
Sofia: Actually, I have to say, it was one of my favorite scenes, because to see her like that was so odd. I wasn’t prepared. She suddenly showed up like that to the set and it was so hilarious. I mean, if you see the movie, at the end there are some bloopers of me not being able to control myself.
Reese: Because she thought I was hot.
Sofia: No. I thought you looked ridiculous! 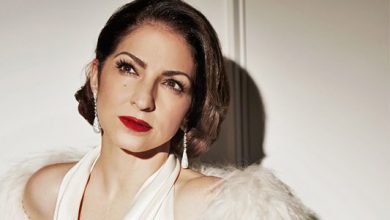 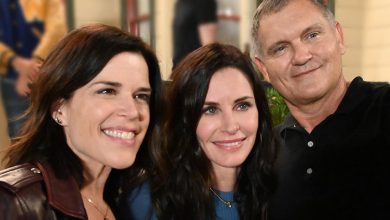 ‘Scream’Screenwrited, Kevin Williamson on What Sidney Means to Him 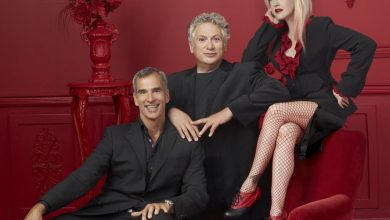