A crowdfunding effort to get “God Loves Gays” billboards in Utah and Salt Lake Counties has now come to fruition, as I-15 drivers in Orem are being greeted with electronic billboards that profess God’s love for gays.

“BEHOLD! God has delivered on the final goal of last year’s wildly popular God Loves Gays fundraising campaign,” “God” said on his blog, TheGoodLordAbove.com. “God has secured two digital billboards that will appear in the great state of Utah during the month of June.”

From June 1 through 14, the billboard will be seen by I-15 motorists traveling through Orem a half mile south of the University Parkway Exit. The board will be facing south on the right hand side of the road.

From June 15 through 28 it will show to I-15 motorists in Salt Lake City, at 3900 South. The board will be facing north on the left hand side of the road.

“Mormons still think that Heavenly Father hates gay people, which is FALSE!” exclaimed the LORD. “I’m placing these billboards in Utah to set the record straight on the subject, now and forever. GOD LOVES GAYS. And I’m totally cool with their lifestyle too. Why else would I make so many wonderful gay Mormons?”

Last year God made waves by placing a yearlong billboard near the home of the Westboro Baptist Church in Topeka, Kansas. God has also started a new fundraising campaign to launch ‘God Loves Gays’ billboard all over the USA and the World.

Last September, several local outdoor advertising companies, including Yesco and Reagan Outdoor Advertising, refused to display the campaign in Utah. At the time Mark Lawrence, director of Restore Our Humanity said, “this shows how much further we have to go in achieving the full recognition we deserve and equality that all Utah citizens deserve.”

“For a very long time, vocal minorities within various religions have used God as a weapon to attack and marginalize the LGBT community,” Lawrence said this week in a statement. “This simple and beautiful message disarms those who use God to justify bigotry and hatred. We wish to thank God for sharing His message with the residents of Utah. As we continue to share our message of love and acceptance, these vocal minorities become smaller and their voices become weaker.” 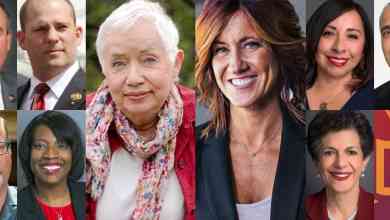 3 prides in next 3 weekends within 200 miles of SLC