Gay, lesbian, bisexual and transgender leaders held a standing-room-only press conference this morning in response to the United States Supreme Court’s decision that states must accept same-sex marriage and must honor such marriages performed in other states.

Utah Pride Center Board of Directors President Kent Frogley started off with, “Love wins,” and quipped that he put two packets of Equal in his coffee this morning.

Troy Williams, executive director of Equality Utah said, “Today we have become a more perfect union,” comparing the ruling with others where freedom moved forward through Court decisions.

Utah State Senator Jim Dabakis extended his arms in victory, echoing sentiments of it being a huge victory. He quoted Martin Luther King, Jr. who said, “The arc of the moral universe is long, but it bends towards justice.”

Human Rights Campaign board member and philanthropist Bruce Bastian said he never thought he would see this day come. He thanked the press for “helping spread oiur joy.”

Not everyone in Utah, however, is happy with the Court’s decision.

Utah Governor Gary Herbert says marriage should have been decided by the states through legislation.

“Marriage, as defined by the people of Utah, has been redefined, first by the federal courts and today the outcome of that decision has been upheld by the U.S. Supreme Court. I am disappointed with the decision by the court to usurp state authority and overrule the voice of the people of Utah as demonstrated by legislation with regard to marriage,” Herbert wrote. “I am also very concerned with the overwhelming trend to diminish state autonomy. I believe states should have the right to determine their own laws regarding marriage. Clearly, the majority of the justices disagree and their decision provides finality with respect to the law.”

“For millennia, marriage has been recognized in virtually all known human societies as the union of a husband and wife,” he wrote. “Marriage, even when children were not possible for the couple, powerfully demonstrated the equal contributions of men and women to a family.”

“The U.S. Supreme Court has now said this understanding of marriage is prohibited by the majority’s interpretation of the Constitution. That is clearly wrong,” he wrote. “With the Supreme Court’s decision, we also have to grapple with a much newer challenge — protecting the ability of those who still recognize the value of the old wisdom about marriage to speak freely about their beliefs and associate with others who do so as well, without having their livelihoods threatened.”

“Five unelected people in black robes have overturned the decision of more than tens of millions of Americans who voted to uphold the true definition of marriage, which is the union of a man and a woman,” Gayle Ruzicka, president of Utah Eagle Forum, said. “However, just because five men and women decided to change the law, it does not change God’s law. His law is immutable.”

The Church of Jesus Christ of Latter-day Saints said it will continue to teach that marriage is between a man and a woman.

In contrast, the LDS Democrats Caucus leaders were thrilled with the decision.

“As members of our communities and the LDS Church and as lovers of families, we are thrilled that the Supreme Court has upheld same-sex marriage rights for the entire country,” said Crystal Young-Otterstrom, spokeswoman for the caucus. “This is right. It’s right for equality. It’s right for love. It’s right for tolerance and acceptance. Today we are one step closer towards realizing our founders’ vision of ‘all men are created equal.’”

The Catholic Diocese of Salt Lake City re-released a statement from 2014.

“As Catholics, we seek to uphold our traditional belief in marriage as a sacrament, a well established and divinely revealed covenant between one man and one woman, a permanent and exclusive bond meant to provide a nurturing environment for children and the fundamental building block to a just society,” they wrote in a statement.

Williams enumerated a number of issues that still must be addressed in the coming years.

“While we were able to achieve this victory in the courts, we still have work to do to achieve it in the hearts and minds of Utahns,” he said. 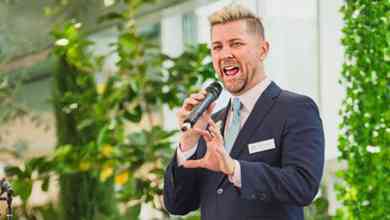 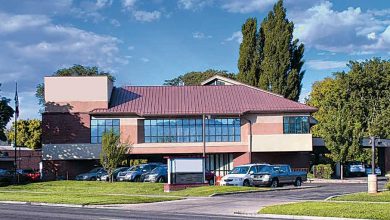