Well, look who it is — me! I’m extremely happy to have found a home here at QSaltLake and promise to grace its pages with my unique words that you’ve come to know and (one would hope) love. If you’re new to my styling, “hold on kids, you’re in for a bumpy ride!”

As being one of many trans-person voices in the Great Basin, I thought I’d start my run here by weighing in on the hot topic of the day — Caitlyn Jenner. (Above all else, I think she is brave and I have to give kudos for the way she has changed the conversation.) By the time of the infamous Dianne Sawyer interview, her transition was by no means a surprise to any of us. We all watched the tortoise-like pace, but what we didn’t know was just how excruciatingly long it had been. I sat myself in front of the TV that Friday night with millions of others, eager to judge harshly and fill my repertoire with endless sound bites, but instead, like thousands of naysayers, I found myself in a puddle of tears.

I will fully admit that before I had all the information, I was one of those who would gleefully watch “Keeping up with the Kar-trashians” and laugh at the parade of ladies-volleyball-coach looks he would fiercely feature each week. The endless stream of plastic-surgery disasters gave us fodder for the funnin’, all the while we didn’t stop to realize that inside was a human being with a secret.

I was raised in Salt Lake City by a fairly prominent and extremely religious family. I’m of an age where the struggle was real as a teenager and I’ve dealt with everything from discrimination to abuse because of how I self-identify, yet through the entirety of (then-) Bruce’s interview, I couldn’t help but think how lucky I have been to be able to be myself.

I left Salt Lake in my 20s to pursue more exciting ventures, with transitioning being at the top of my list. When I say transition, I mean that I was going to take my part-time life as a female and become “24-7.” I spent the next 15 years in San Francisco, changed my name, lived the lady life fantastic and then, due to familial circumstances, moved back home to the 801. Suddenly I was faced with the problem of having to fear being myself once again. I wasn’t sure if I would be accepted, discriminated against or worse. It had been years since I’d even ventured back here, and the only time I saw my family was in my city, on my terms.

For about a year of trying to work a boy look — that honestly just translated to homeless — I lived for my work trips to San Francisco, New York and Hollywood in which the boy clothes stayed behind. “Why am I doing this?!” I had asked myself in disgust. I couldn’t take it anymore! I’d reverted to the times I’d sneak to the apartment building down the street from my childhood home and stash my boy clothes behind the dumpster. I was a teenager again, the rebel in me was rediscovered and I said, “Fuck it, I gotta be me!”

So Caitlyn, my darling, now that you’re out amongst the masses, life has gotten better, yes? To answer, you can’t believe the weight off your shoulders when one becomes one’s inner self. It’s like you can finally breathe after being held under the proverbial water for an eternity and everything is magically perfect, hahaha!

The roughest part of becoming the new you is trying to get everyone else to conform, and the biggest bitch of it all are those GD pronouns! You can be the most supportive, open, understanding person in the world until you slip and call me ‘he.’ The absolute worst is getting “ma’am-sir’d” at the store. This is where the person helping you calls you ma’am then corrects to sir, and after noticing the look of “kill” in your eyes stammers and stumbles with apologies, making a most awkward situation even more awkward!

Why can’t we do away with the whole he, she, Mr., Mrs., Ms. blah, blah, blah? I hate that just because I have made the conscious decision to keep my plumbing the way it is; when I book a flight I have to mark a great big box Mr., only to be criticized by security for the way I look.

Once, security made the mistake of thinking he could pass around my ID to his counterparts in jest. I was on the verge of freaking out when he handed it back. What sucks was that unless I wanted to be put on a “no fly” list, there was nothing I could do about it.

I’m making a conscious decision right here and now to start using the term Mx. First coined in the 1940s, it’s recently had a rediscovery largely due to a push by NY songstress and trans icon, Justin Vivian Bond. It is my prediction within five years it will become a legal prefix.

The point I may have strayed from is that, in comparison to Mx. Jenner, my journey has been relatively easy: one part not having the whole Olympic athlete thing going on and two parts me being super unapologetic. I’m damn lucky!

I’m largely impressed with the opportunity that I ended up getting in this legendary conservative state and I can’t wait to bring you, my little Kennedolls, each and every unique experience I have in the months and years to come.

Where Are Rates Going? 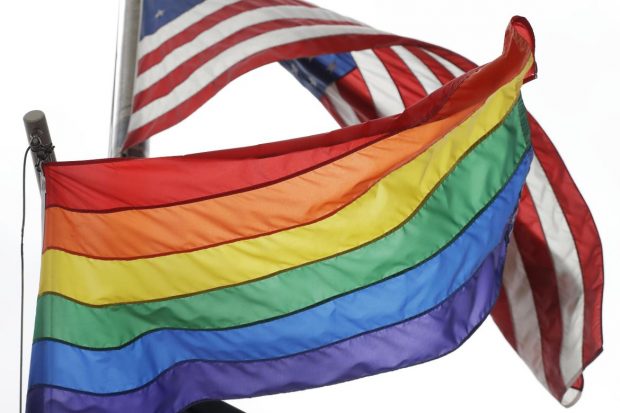 Timeline to a ‘Happy Pride!’