Blowback from a mere two-minute-and-twenty-three-second trailer of Stonewall stormed the web in early August. It was intense. Like the historic brick-throwing, slur-lashing brawl that broke out in New York City outside a Greenwich Village gay bar in 1969, it provoked an uproar. And also like the Stonewall riots, the melting pot of people the film sought to represent felt … unrepresented.

“To all considering watching the newest whitewashed version of queer history,” began self-proclaimed 18-year-old “transwomyn of color” Pat Cordova-Goff via the Gay-Straight Alliance Network, alleging the movie’s cast lacked diversity. As she declared her resistance to openly gay action-turned-indie director Roland Emmerich’s fictional interpretation based around the events leading up to a landmark moment in LGBT history, the Stonewall riots, she rallied a fervent army of fellow boycotters. Twenty-four thousand… and counting.

The issue, according to Cordova-Goff and other opponents: Its ivory lead, Jeremy Irvine as small-town-turned-big-city rebel Danny Winters, is white.

And it’s true. He is not black. He is not Puerto Rican. He is not female. But the Stonewall ensemble, Irvine insists, is a “wide, diverse cast.” The 25-year-old English actor fully acknowledges he expected a passionate reaction to the film, particularly because “we’re doing a story that is so important to so many people.”

Irvine, though, did not foresee the kind of pre-release revolt from those who claimed Stonewall underemphasized the trans community and queer women of color, deeming the film a “whitewashed” take on an otherwise mixed-minority historical occurrence.

“That was a surprise; I never expected to hear that,” says Irvine, spotlighting Danny’s band of fellow rioters: Marsha P. Johnson (Otoja Abit), a black transwoman who co-founded Street Transvestite Action Revolutionaries with prominent trans activist Sylvia Rivera, and a lesbian credited by some as initiating the riot, calling on others to “do something.” Breakout actor Jonny Beauchamp also stars, playing self-proclaimed “street queen” Ray / Ramona, a composite of both Rivera and jailed protester Raymond Castro.

Emmerich insists his dramatization, inspired by a distant friend’s real-life experience and also Emmerich’s own, is “inclusive”; that Irvine’s Danny is the lens through which we see these events unfold. “I think it’s cool when a white kid learns from a Puerto Rican and a black kid,” he continues, “and is a better person afterwards. Becomes a true friend.”

Regarding the controversy: Emmerich says that, while shooting Independence Day: Resurgence, “they kept it away from me.”

“Only for so long, however,” he continues. “After a while, you kind of know what’s going on. I was shocked. Luckily, I had some gay activists, like Larry Kramer, speak up for us.” (Kramer, the 80-year-old writer and HIV activist, addressed Emmerich on Facebook: “Don’t listen to the crazies,” he wrote. “And thank you for your passion.”)

So: Why did Emmerich cast a white, as he calls him, “catalyst character”?

He says, simply, “You have to put yourself a little bit in, and I’m white.”

Stonewall was never intended to focus on race but rather it was meant to trace the beginnings of the gay rights movement, the steps we’ve made and the steps we haven’t.

For Emmerich, the director behind major blow-up-everything blockbusters such as Independence Day, Godzilla and Day After Tomorrow, it’s a passion project – a piece of work so close to his heart he self-financed the film with friends and even stepped in as director when no one else would.

“Nobody wanted to do it,” he reveals, “and I was stubborn, and then I got it done.”

Irvine was unfazed that, according to an Instagram post from out screenwriter Jon Robin Baitz, “no studio would give a cent to (this movie). Including the studios he (Emmerich) has made a great deal of money for.”

With unconventional starring stints in films such as 2012’s Great Expectations and Beyond the Reach, the actor’s own projects have mostly been off the beaten path. “I’m on the side of anyone who thinks that we should have a bit more risk-taking with mainstream cinema,” says Irvine, who starred in Steven Spielberg’s emotional juggernaut War Horse. “It’s played far too safe.”

Regarding Stonewall, Emmerich was determined to make this movie, studios be damned. “I said, ‘I’m not going away from my kids; I’m standing up for them.’”

His “kids,” of course, include Irvine and Beauchamp, and the rest of the young, colorful core cast. But Emmerich’s Stonewall doesn’t seek to just tell its characters’ stories – the director, along with Baitz, had his eye on the bigger picture. His pursuit: to tell the story of LGBT youth everywhere.

“Roland was always talking about the homeless kids who we don’t know about today,” Irvine says. “This little group of fictional characters represents those who weren’t made famous by the movement.”

When Emmerich became involved with the Los Angeles Gay and Lesbian Center, he made a disheartening discovery: 40 percent of LA homeless youth are LGBT. Personally struck, he dug deeper and realized that history was repeating itself.

“I was like, ‘Oh my god,’” he recalls. “At the same time, I read a lot about the Stonewall riots and found some kind of parallel – a group of homeless kids were very part of this riot too. The unsung heroes. I said, ‘Maybe I have to help.’”

Emmerich threw himself into the project, researching the riots, and also, along with producers, interviewing several Stonewall vets. Limitations manifested quickly. As Irvine states, “Finding actual survivors is very difficult. This was just before the AIDS crisis, so actually finding people who were there is tough. And first accounts do vary – I mean, it was a riot.”

Their varied play-by-plays hindered the filmmakers’ fact-finding, a realization that led Emmerich to this conclusion: “Nobody knows what really happened that night.”

“You always have to take their stories with a grain of salt,” he says. “It’s like when there’s a traffic accident and you ask five witnesses and they tell you five different stories.”

When the final film was cut, those same sources were the first to screen it. Emmerich says they were “very, very surprised and complimentary about how right we got it.” And they knew this wasn’t a documentary. They knew Emmerich’s vision: “I’m always saying I made a movie about the unsung heroes of Stonewall. I wanted to give those kids a voice.”

Because he found “the whole thing incredibly moving,” Irvine was on board immediately. “The script had me in pieces when I first read it,” he admits. Blown away by the writing and eager for the role, he hopped on a London-bound plane from Budapest, where he’d been filming another project, and showed up at Emmerich’s door, a scratch pad full of Stonewall notes in hand. “I really chased it,” Irvine says. “The script was by far the best thing I’d read in months. It wasn’t a difficult decision to go after it.”

But still, Irvine was nervous. Would they get it right? He knew the LGBT community’s expectations would be inevitably high, and he says, “There’s a responsibility involved to do a story justice.”

When shooting in NYC on Christopher Street (the mayhem originally unfolded there, in front of the Stonewall Inn) didn’t pan out as hoped – there were too many people, and not enough time – the crew used an indoor facility in Montreal, leaving Emmerich questioning its true-to-life authenticity.

“I panicked every day,” he remembers.

During the weeklong riot shoot, feelings were intense. Lots of reflection. Lots of commemorating. “That whole sequence was a very emotionally charged piece to shoot,” recalls Irvine, who throws the brick in the film, mirroring the famously charged real-life moment. “We’re shooting with a lot of actors and people on the set who have a very personal relationship to the story. Very meaningful to them.”

Others emotions (and, ahem, things) were present while Irvine shot his gay sex-scene debut with Jonathan Rhys Meyers, whose character represents one of the earliest gay rights groups in the U.S., the Mattachine Society, and crushes hard on Irvine’s new-kid-on-the-block character. Eventually they end up in bed. And with their clothes off.

“It was my first gay sex scene in a film, and hey, to be honest, if you’re gonna do it, Jonathan Rhys Myers is not a bad choice,” says Irvine, noting he’s only filmed one other sex scene, guy-on-girl, before. “I’m pretty green to all that. And Jonathan obviously did The Tudors, and so he said, ‘Just relax. I used to do, like, 10 of these a day.’ So he was very cool. He took my hand. Took me through it.”

As he reflects on directing the scene, the director chuckles, admitting to making special accommodations for Irvine (“I kept it really short for his relief”) because “oh my god was he nervous.”

Two men getting hot and heavy – Irvine just felt pressure to, you know, get it right. And with Stonewall too, of course. To prepare, Irvine powered through a stack of books and also listened to producer-conducted interviews.

“I didn’t know a huge amount about (Stonewall) before I read the script and did all my research,” he admits. “I was quite ashamed at how ignorant I was about the Stonewall Movement.”

Now the public will see the end-result, the culmination of a passionate director and his equally-as-passionate cast – and not for two minutes. For two hours. Emmerich expects more scrutiny, but shrugs it off.

“I don’t know what they will say,” he says. “They will probably find other stuff to criticize. I always say a movie’s a movie and it is what it is. We all are really super proud of it.”

Echoing the latter sentiment, Irvine is pleased to be a part of Stonewall, a project that he believes will put nearly a half-century of gradual progress – from the riots to the Supreme Court ruling on marriage equality – into perspective.

“I hope that the movie brings home how important that period of history was,” he says. “If we can bring that more to the forefront of people’s thoughts, then the film has done what it’s meant to do.” 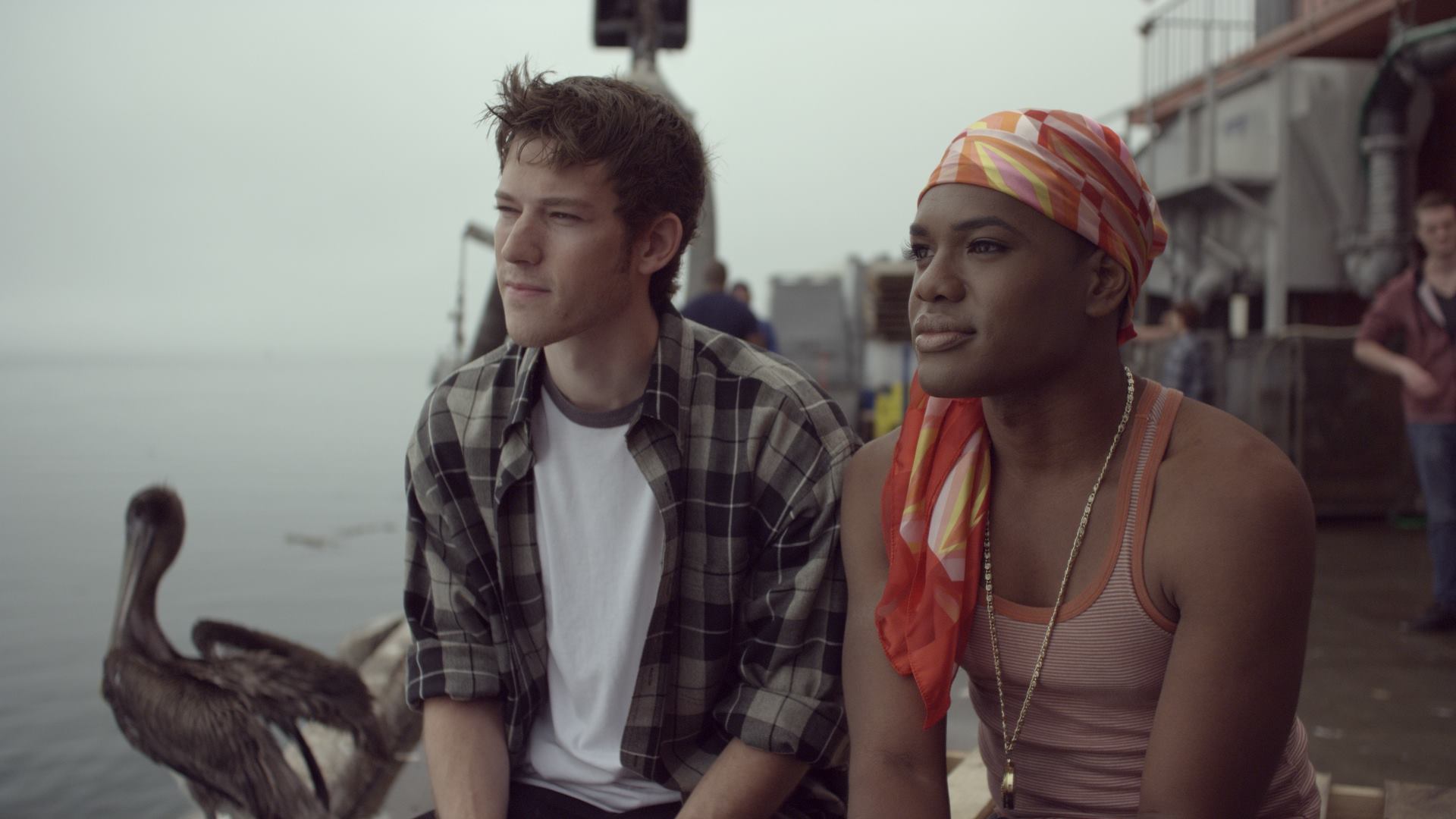 Benefit Screening of ‘ALASKA IS A DRAG’ in Salt Lake City