According to Logan, Utah police, a local trans* woman stepped into traffic and was hit by a dump truck on U.S. Hwy 89/91 south of town shortly after posting a suicide note on her Facebook wall.

“According to witnesses and information that we gathered on the scene, it appears that the pedestrian had jumped in front of that northbound vehicle,” Logan City Police Capt. Tyson Budge told the Cache Valley Daily. “We believe that the act was intentional.”

“Evidence at the scene gave every indication that the driver had attempted to swerve and brake, to avoid the collision but was unable to do so,” Budge further said.

Budge also said the department received reports of the suicide note and photo and were investigating in order to check on her welfare. They were unable to find the victim before the report of the auto-pedestrian incident.

“These are going to be my final words. I can’t stand to live another day, so I’m committing suicide,” 26-year-old Ashley Hallstrom wrote on her Facebook wall shortly after uploading a new profile photo. “The reason why I’ve decided to do this is because I’m transgender.”

“From a very young age I was told that people like me are freaks and abominations, that we are sick in the head and society hates us. This made me hate who I was. I tried so hard to be just like everyone else but this isn’t something you can change,” she continued. “It wasn’t until I was 20 that I found out I wasn’t alone. I had hope that I would finally be able to live as and love who I am. I finally came out as transgender and began transitioning. For the first time in my life I could say I was genuinely happy.”

She said that the happiness she felt was not enough to overcome years of depression brought on by societal hatred of trans* people.

“I had already been poisoned by a society that didn’t understand us and, even worse, didn’t want to even try. I saw the pain it caused to people like me and going though this same hurt myself it has just become to much for me to take anymore,” she wrote.

“I’m writing all of this because I’ve need[ed] my story to be shared. I don’t want to be just another number of a tragic statistic. People need to know that I’m not just another face of someone they never met. I was alive. I have a family and friends that I love very much and I’m so sorry to them for the hurt this will cause them,” she wrote. “I loved being around those that I love. I loved listening to music and singing. I loved going out to eat with friends and enjoying good food. I was a real person.”

“I still want to help people and I believe I still can. Please share my final words. I believe my last words can help make the change that society needs to make so that one day there will be no others like me. Please help make this change because trans people are everywhere. You may never know who you’re hurting until it’s too late. Please help fix society,” she concluded.

Hallstrom was a frequent Reddit contributor in TwoXChromosones and asktransgender as LittleCollette. In the last few weeks, she complained that her therapist’s methods were outdated, but mentioned that, after 6 years of living full-time as a woman, she had “passed all the requirements needed for her to write me letters” to go through sex reassignment surgery.

Two months ago, she pleaded with a fellow Redditer not to take her own life.

“Please talk to us. Look at all these people who love you and will miss you. We all want to help you. Don’t give up on us and I promise we won’t give up on you,” she advised. “We will help you get to were you want to be in life. There are many of us that have been were you are now. I am one of them. My dysphoria nearly killed me to but I’m still here and I’m glad I am. We will help you get to where you want to be in life and all you have to do is let us help you.”

She went on her first date with a man only three months ago but, and though her date said he was fine with dating a trans* woman, by the end of the date he said there was no physical attraction due to Hallstrom’s masculine features “coming through.”

Many Reddit users expressed deep sadness for another trans* member committing suicide, wishing that they had been able to talk her out of it.

“I just… can’t,” former TEA director Connie Anast-Inman posted on her Facebook wall. “So, while we’re arguing gender inclusive restrooms at million dollar fundraisers and which groups have the right to hold [Transgender Day of Remembrance] or not, THIS. THIS! Get out of your own egos, people. Our trans brothers and sisters are KILLING THEMSELVES! ENOUGH!”

Others stressed that people should spread the Trans Lifeline number of (877) 565-8860. More information of the hotline can be found at www.translifeline.org. Trans Lifeline is volunteer-run and supported by community contributions. You can contribute here.

A GoFundMe campaign to help cover funeral costs was started by a coworker here. 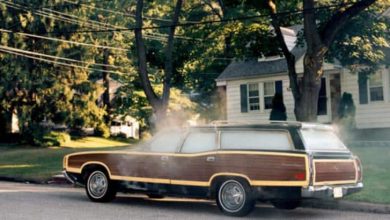 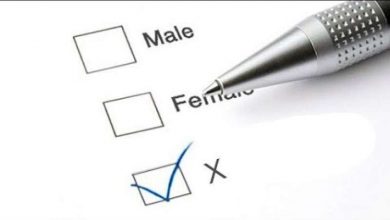