Alex grew up in Centerville, Utah and graduated from Viewmont High School in 2000. At Westminster College, he earned bachelor’s degrees in both art and international business. He was fiercely proud of his academic achievements.

Alex was a master artist, working in mediums ranging from oil painting to wood carving to hand-stitched leather satchels. He was also an accomplished drummer and guitar player and deeply loved many musical artists, especially Ani DiFranco, and the soundtrack from “Rent.”

Alex was a member of the Greek Orthodox Church, and he loved teaching Sunday school to some of its youngest members. He participated in many church activities, consistently volunteering at his family’s Greek Festival booth, donating many hours each year making and selling tyropites to benefit local charities. Alex also found solace and inspiration at First Unitarian Church.

Always a strong advocate for the LGBT community, Alex dedicated much of his time in the past years to the Transgender Education Advocates of Utah, where he was elected to serve as board chair in June 2015. Alex stood for equity and equality for all people. He deeply respected individuals’ perspectives and always strived to create safe places for community members to share their stories.

Alex loved to travel internationally, hike locally, create photographs, watch “Star Trek” and “The West Wing,” cook delicious Greek dishes he learned from his papa and mother and share inside jokes about “Bob’s Burgers” with his closest friends. Alex’s attention to detail and constant push toward perfection made him a master planner and organizer. Alex had an amazing eye for design, and often spent countless hours at friends’ homes to expertly set up entire living spaces.

Alex was always there for the people in his life, but he most strongly prized his family. He always made quality time for his parents, godmother, grandparents, cousins and nephews.

Alex was preceded in death by his mother, Dalene, his grandfather, Jim Bavelas, and grandparents, Pete and Evanthia Miller. He is survived by his father, George Miller; grandmother Helen Bavelas; uncle and aunt Andrew and Joanne Bavelas; uncle Spero Bavelas, godmother Stephanie Pappas and her spouse Kristen Dalzen; cousins whom he loved like siblings, nephews and more friends than can be counted.

A viewing will be held Tuesday, Oct. 27 at Holy Trinity Greek Orthodox Cathedral, 279 South 300 West in Salt Lake City, where his family will receive visitors from 6 to 8 p.m. Funeral services will be held Wednesday, Oct. 28 at First Unitarian Church, 569 South 1300 East in Salt Lake City, at 11 a.m. He will be laid to rest at Mount Olivet Cemetery following the service. Arrangements entrusted to Starks Funeral Parlor. In lieu of flowers, donations can be made to TEA of Utah at www.TEAofUtah.org.

Which Gaga song do you want to see on ‘Glee’? 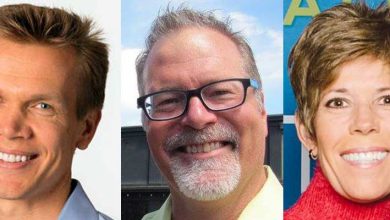