Nick Jonas isn’t the only one going to gay clubs like a good ally — his older brother, Joe, enjoys a night out with the gays too. And the best part? Sometimes they even go together.

As if that wasn’t enough, Joe is taking his new sound to the clubs with a disc drenched in the disco-funk sounds of the ’70s. His latest post-Jonas Brothers endeavor, “SWAAY,” features South Korean guitarist JinJoo, bassist / keyboardist Cole Whittle and drummer Jack Lawless. Collectively, they’re known as DNCE.

We caught up with the band’s frontman, Joe Jonas, to discuss his mission to “encourage people to be themselves,” recent talks with Nick regarding a Jonas Brothers reunion and how he’s “accidentally” wandered into gay clubs.

Why disco? It’s something I grew up listening to quite a bit; it was always played in the house. My dad grew up in the ’70s and always really loved everything funk and disco, and it was the one style of music that all of us in DNCE loved. It helped us embody what this has become — this kind of disco-rock-pop stuff that we were able to brew up.

Considering the genre’s ties to your childhood, do you get nostalgic performing this music? Sometimes, yeah. I feel like when I perform these songs it’s a new experience every time, because you’re playing the same songs but seeing the reactions of different audiences. So sometimes it brings me back, but for right now it’s kind of a whole new experience all over again.

Disco is obviously steeped in gay culture. Have you ever gotten down to some disco at a gay club? I went to a gay club with Nick a few months ago — it was really fun! And actually, I was really impressed by the DJ — he played everything and was all over the map. His musicality was really great, and we just had a great time.

Was this your first time at a gay club? Well… I’ve accidentally gone to gay clubs before! (Laughs) I think that’s happened to a few people. But, you know, it was cool. We went out with some of our friends who are gay. I just think we live in a world where obviously it’s not a big deal – it’s fine – and you can have fun wherever you go and make the best of it.

How do you accidentally end up in a gay club? (Laughs) Umm… being in Europe and not being able to read any of the signs and just stumbling into what you think is a regular club. You’re like, “Oh, OK. Here we go.”

At what point did you realize the club was gay? Getting hit on by more men than you would usually get hit on by.

What is that experience like for you? It’s flattering. I don’t mind … if someone is nice. And it’s been cool to see at these concerts too. A lot of guys come out to the shows — some gay guys as well — and I love that. They rock out; they have fun. And I feel like the music is helping people express themselves in a way. I’m seeing people with glitter on their face, with the brightest colors. I love that we can encourage people to be themselves.

How does your experience with DNCE compare to Jonas Brothers? The fan base is older now, and there are college kids and some adults, and it’s cool to see that. I was in Toronto recently and I had a DJ gig after the show, and I would say 80 to 90 percent of the audience came to the DJ gig. It’s cool to see that they’re all down to hang – and that they’re obviously old enough.

In 2014, Nick said he didn’t feel Jonas Brothers did enough for their gay fans. What’s your take on that? Maybe it was just our age, but I would agree with Nick. We maybe didn’t reach out as much as we probably could have. I hope now we can encourage other straight guys to have a voice as well. I care too much about my friends who are gay and fans who are gay to be quiet about it.

And now, having friends who are gay and touring in these different markets and seeing that DNCE has gay fans coming out to the shows, it’s awesome. I just hope that with my new music – and like Nick – I’ll be able to reach out in my own way and really get people to feel comfortable. That’s what we’re trying to do, especially with DNCE. It’s like its own party, and we invite everybody.

How aware were you of a gay following while in Jonas Brothers? We would see gay fans here and there come to shows, and we were always very happy to say hi, and [be] loving. It always made us happy. And like, you’d see a sign or two (laughs) that would say something kind of funny. I can’t remember what they said off the top of my head – a lot of them were always making me laugh, and they were flattering too.

You recently tweeted a photo of you in a feather boa while in Texas. What’s the story behind that? (Laughs) Oh, wow, I don’t even remember. But I’m definitely the risk-taker out of the brothers and have been for many years, and so I don’t remember all the crazy and wacky things that I’ve done. I definitely really don’t let anything hold me back these days.

Is that because there’s less to hold you back? Definitely, yeah. I feel like it’s nice to be able to have a voice in the music industry but also be able to express that voice and not really feel shy about that or feel like you’re not supposed to say this or say that. Obviously being in the situation that my brothers and I were in for so many years – we didn’t have anyone in particular saying, “Don’t do this, don’t do that,” but you just have that in the back of your head because you’re a bit worried or nervous that you might say or do something that could set off fireworks.

You hear so many stories about child stars, and we see so many of them not make it. How did you survive those childhood years, and what advice would you give someone as young as you were? Man, it’s definitely difficult. The first thing is remembering that you’re not crazy for thinking or doing the things you wanna do. It’s really important to be your own artist and be creative, and if you wanna be a certain way or if there’s a style of music you wanna go with, take that journey. It’s difficult because you think you know everything, and then there are times you’re told you know nothing, so I think you just have to learn and take time to understand who you are as a person and who you are as an artist. Soon enough, you’ll start to realize it’s OK to be you and to really be whoever you want to be. You’ll see that people prefer that more than a cardboard cutout.

From your recent breakup with Gigi Hadid to your new blue hair – how do you handle the constant interest regarding every facet of your life? It’s pretty funny. I think I’ve learned to laugh it off when sometimes they like to create their own stories – even out of your hair. (Laughs)

Ha, is the blue hair not a story? (Laughs) I don’t think so! I just did it because I wanted to do it — there really wasn’t a deeper meaning to any of it, which is why I think it’s really funny. They make it something. I could be frustrated or I could be mad about that, but I just laugh it off. I’ve learned to handle it better over time. And it’s never always been that easy; there are moments that have been difficult for me. I’ve read stuff or something I would say was taken out of context and that’s tough, obviously, but as you get older you get better at it and you go, “I know the truth.”

So having blue hair isn’t the empowering post-breakup moment that the media is making it out to be? I like having blue hair. I don’t think I feel any different; it was just a spur-of-the-moment decision anyway. But I’m not gonna react or go after the press about it because I just find it funny.

Will you and Nick — and even your other brother, Kevin — ever do anything musically together again? I would say so. Nick and I have a few ideas to work with other artists who we really like. There are a couple of artists out there that we think are really incredible that we’d like to work together with. And then, there’s always down the road. We don’t really ever wanna say never to anything just because there could be something that comes along our way that we might say, “You know, let’s try working on this song together.” It’s tough to say that we’ll never do it because who knows.

What would reunite you? Time itself. Seeing where things will lead us. It’s easy to say we’re done and that we’re never doing it again, but then we both look at each other and go, “We obviously get along.” And who knows — years from now we could be like, “All right, let’s make a record.” It could easily happen. 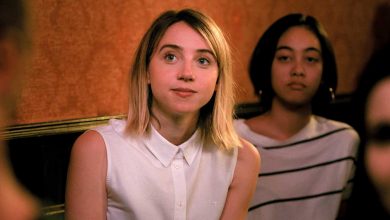 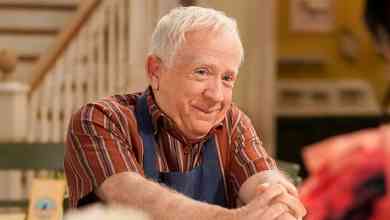 Jennifer Garner: A mother’s love in life and film 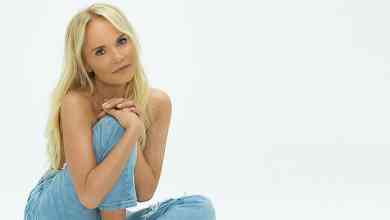 The unicorn magic of Kristin Chenoweth