A gay man was attacked two separate nights by a male-female couple, according to St. George police.

On the first night, the victim was allegedly caught in a dispute with 22-year-old Mohamed Fathi Oanaw and his wife, 38-year-old Mayra Dinora Casas. Police received a hang-up 911 call from the house of a female friend. Responding officers were told that Oanaw was verbally and physically assaulting the gay man, but the victim declined to press charges.

On the next morning, Casas texted the alleged victim, saying Oanaw was out of the house and he could retrieve items belonging to a third woman. She also stated they could “talk about last night.”

Once the gay man was at the house, Oanaw charged from a bedroom, according to police reports, and screamed anti-gay slurs at him.

“Mohamed punched [the victim] and knocked him back towards the kitchen while continuing to scream sexual slurs at him,” the arresting officer wrote in the statement. “Mohamed grabbed a chair to swing at [the victim], but it was taken from him by [the third woman]. Mayra was present and yelled slurs at [the victim] while yelling for Mohamed to ‘get the fag.’”

The report then states Oanaw allegedly unbuttoned his pants and partially exposed himself while repeatedly yelling at the gay man to perform a sexual act. The victim pushed past Oanaw to escape down the hall but Oanaw grabbed him and began punching and kicking him, according to the statement.

“[The victim] attempted to fight back and defend himself,” the arresting officer wrote. “They wrestled back and forth, breaking the door to the water heater room.”

Casas continued yelling anti-gay slurs and egging Oanaw on while the second woman was begging for them to stop, the statement read, but Oanaw allegedly threw the man down on a bathroom floor and continued attacking him.

Oanaw then took the man’s $800 smartphone from his pocket and threw it against the ground, shattering the screen, according to the report. Casas then stomped on the phone before picking it up and bending it until it snapped in half.

When the second woman attempted to call 911, Casas snatched her phone away from her, the report stated. Oanaw stopped hitting the man when the third woman, who lives at the residence, called the police.

“When I arrived on scene,” the officer wrote, “Mayra stated repeatedly that [Oanaw] was mad about ‘gay shit’ and that [the victim] was a ‘faggot’ who wanted to ‘fuck my husband.’ Mohamed kept stating he hated ‘gay boys’ and that he was Muslim.”

According to the probable cause statement, Oanaw was Mirandized by police and admitted to yelling sexual slurs, starting the physical fight, exposing himself and breaking the man’s smartphone.
“Under Miranda,” the officer wrote, “Mayra admitted nothing and answered every question with ‘no.’”

Oanaw and Casas were arrested and booked into the Washington County Purgatory Correctional Facility. Oanaw was charged with second-degree felony robbery and three class A misdemeanors for lewdness, assault and criminal mischief. He was been released from custody on $13,900 bond.

Casas was charged with second-degree felony robbery, third-degree felony unlawful acquisition of a finance card, four class A misdemeanors for assault, criminal mischief, theft and possession of another’s identifying documents, and a class B misdemeanor for damaging a communication device.

The police report classified the incident as a hate crime.

Oanaw appeared before Judge Eric Ludlow in December and was scheduled for a roll-call hearing on Jan. 25. Q

This story was originally printed on our print issue, available at http://issuu.com/qsaltlake/docs/qsl1602e/12 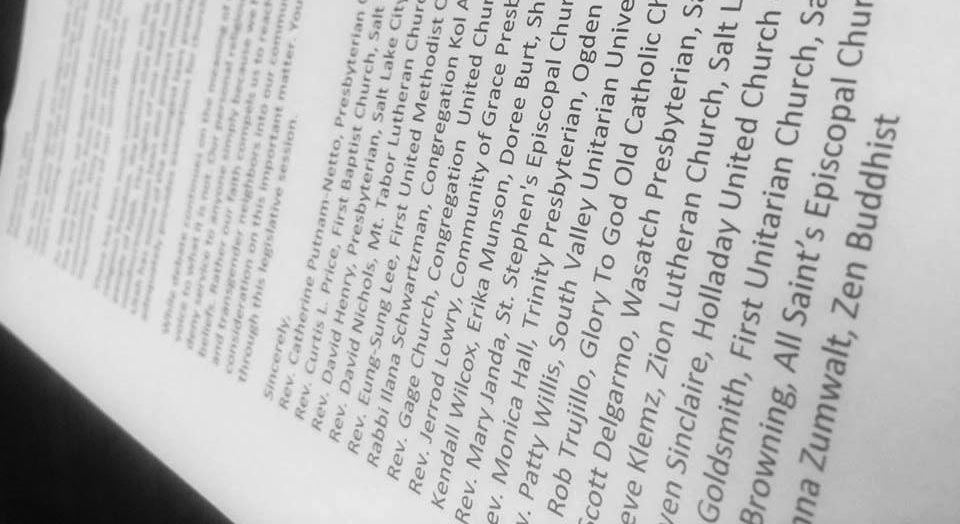