By D’Anne Witkowski
As a kid, I loved Log Cabin pancake syrup. Not only that, but I thought real maple syrup was gross.
Then I grew up. And I no longer believed the dumb things I believed when I was young and stupid — like corn syrup with brown dye being superior to the real thing. Hey, you live and you learn, right?
Unless, of course, you’re a Log Cabin Republican. Then all you want is the fake stuff. And by fake stuff, I mean the delusion that if you keep supporting Republicans, then Republicans will one day support you back. All evidence points to the contrary. And yet LCR just can’t quit the GOP.
The reason? Log Cabin Republicans don’t really care about LGBT rights. Their concerns really aren’t much different from Republicans who live in more modern housing: amassing money and power and to hell with anyone who doesn’t have it.
You don’t have to look any further than the current slate of Republicans vying to get the party’s nomination for president. All of them are vocally anti-LGBT. And yet Log Cabin Republicans would rather see someone like Trump or Cruz get elected than see a Democrat win.
Case in point: LCR recently released a rather bizarre anti-Clinton ad that took her to task for her slow-roll when it came to LGBT rights.
The ad begins with ominous music and the words, “Was Hillary Clinton a gay rights advocate when it counted?” over a black screen. Then it cuts to a 2004 interview where Clinton says, “I do not support gay marriage.”
The ad seems to be suggesting that 2004 was “when it counted” and that, for some reason, now it doesn’t count at all.
What was so special about 2004? Was it because President George W. Bush, a candidate that they supported in 2000, was voicing support for an anti-gay marriage amendment to the Constitution? LCR got their feelings so hurt that they chose not to endorse GWB in 2004.
And, yeah, it does really suck that Clinton didn’t support LGBT people years ago. She absolutely should have. But Log Cabin Republicans seem to be the only people who find it unforgivable. Everybody else is like, “Fucking finally, Hillz.”
And let’s not forget that even though Clinton smugly told Chris Matthews in 2002, “No,” when he asked if New York should recognize gay marriage (a clip LCR uses in the ad, though it comes after two clips from the magical year of 2004), she’s light years ahead of all of the Republican candidates on issues of equality.
So is Bernie Sanders, who is also featured in the ad in a 2015 clip from “The Rachel Maddow Show.” “It’s great that people evolve and change their minds,” he says, “but it’s important to stand up when the going is tough.”
So is LCR endorsing Sanders? No. They’re just using him to illustrate how much they hate Clinton who was, according to their ad, “Wrong on gay rights when it mattered.”
Because it doesn’t matter now I guess. We might as well elect Ted Cruz, amirite?
LCR’s YouTube description for the ad, by the way, reads, “On LGBT rights, Hillary Clinton has led from behind.”
Which more aptly describes LCR. And not just because of the obvious gay joke.
As LCR touts, “Gay and lesbian Republicans have chosen to transform the GOP from the inside.” Which is true. And let us never forget the sad fact that being Republican is a choice. Pray for them. 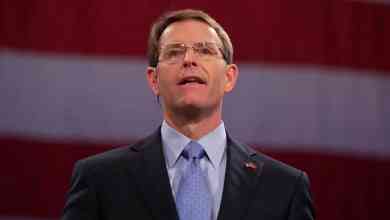