Started by thirteen men in 1982, the Salt Lake Men’s Choir is one of the state’s oldest member-supported arts organizations. Utah’s other choir is an integral part of the history of Utah’s rich arts culture, as well as a favorite of Utahns of all ages and backgrounds. With almost cult following, there have been hundreds of members that have come and gone over the years.

In chatting with choir members, many of them have fond memories from performances that stretch from Idaho to San Francisco, Washington, D.C., and Sydney, Australia, among others. Like many choir members, I fulfilled my own need for self-expression and camaraderie and joined the choir in the fall of last year. I was thrust into the rehearsal schedule of the annual Christmas Concert. I was an outsider trying to catch up with the rest of the group and completely intimidated by the talent around me. As a newbie I was able to blend into the background and without pre-conceived notions, learn about this dynamic group of people that were on a mission to carry on a 34-year old legacy.

The foundation of the SLMC is a rich and colorful tapestry – comfortable and reliable, built from decades of personal sacrifice, dedication and talent laid down without end or reservation. These elders and founders of the group have also managed to pull together a patchwork of newer and vibrant pieces of cloth — represented by more youthful men — that fortify this quilt with new and resilient threads made strong and proud by the sacrifices, struggles and loss of those that have sung so bravely and loud before them.

The background, diversity and promise of the group is astonishing. The musical talent – from formal education and earned experience — is on full display with each rehearsal and performance. The vocations of its members are as impressive as their personalities and backgrounds. There are international bankers, school teachers, hospital directors, environmental scientists, graphic artists, massage therapists, and full-time students with jobs that still find the time to contribute time and energy most people would not give up. Needless to say, their lives are full.

These men are not left untouched by the ups and downs of their traditional and non-traditional families, including dramatic life changes such as marriage and divorce, chronic illness and personal loss. From its origins and into the present, the personal losses are experienced more frequently than the general population — amplified as many choir members are also life partners and husbands.

The choir is a family, providing decades of friendship, support and acceptance. Whether for a season or a decade, the commitment to its members never wavers and no contribution goes unrecognized.

he take-away for its membership is universal in terms of artistic fulfillment and growth and a sense of belonging. The friendships that are forged go on outside the inner-circle of the choir and fulfill the original intention of an alternative to bars and unfriendly organizations.

There is a tremendous amount of work required to keep SLMC thriving and viable. As a non-profit, the choir requires the support of outside groups and a never-ending quest for grants and contributions from the community and private businesses. Formally, the choir is supported by the Salt Lake County Zoo, Arts and Parks program, the Utah Division of Arts & Museums and the Salt Lake City Arts Council. Beyond ticket sales, the choir raises funds though bingo, dunk tank barbecues at Club Try-Angles — hosted by the hilarious and completely inappropriate Matrons of Mayhem, promotional assistance provided by QSaltLake and pianos from Daynes Music. Over the years, All Saints Episcopal Church has contributed rehearsal space without charge and the First Baptist Church provides a performance venue with great acoustics.

The choir is led by the long-time artistic direction of Dennis McCracken who is as gruff and stern as he needs to be to keep singers focused during rehearsals and polished for performances. Whether he is delivering necessary correction when pushing the group to attain its potential — or is moved to tears when they do — he is the man singers look to, literally, to make them shine at concert time.

Although seemingly tireless, some of the choir’s leaders will eventually be moving on to enjoy much deserved R&R outside of their professional lives and immeasurable dedication to the choir. Current president, Wesley Brady, has been with the choir since 1982 when it had 20 members and has led the group through years of growth and challenges. He has seen the membership grow to 80 men-strong, has raised two sons (whom he used to bring to choir practice) and recently concluded a remarkable career with Shriners Hospital, also a philanthropic organization and by its nature comes with its own outside activities. Brady also served 20 years with the Utah Army National Guard.

Like the colors in the iconic rainbow flag, this tapestry that is the SLMC is made up of familiar faces that serve as symbols of pride and accomplishment. They, along with patches of bright new talent, and those who are so important to the present with their own years of service and support, will keep the SLMC flag vibrant and flying strong.

After performing at Abravanel Hall, the Sydney Opera House and the 2002 Gay Games, to name just a few, SLMC will thrive and stand up to time and personal challenges. Adding to its usual calendar of events, including the spring concert — “A Broadway Convention” with a clever program peppered with songs from Oklahoma, Chicago and South Pacific, SLMC will be adding a fall concert to its schedule and participate once again in this year’s Utah Pride Festival.

The spring concert will take place April 29 & 30 at the Salt Lake Masonic Temple, 650 E. South Temple. Show time is 7:30 and tickets ($15) can be purchased online at brownpapertickets.com, among other places. Q 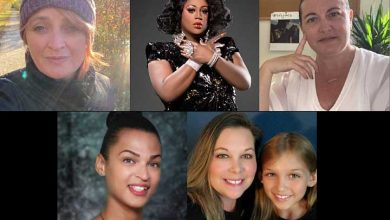 ‘The Transgender Experience’ to be shown virtually Feb. 16