It’s almost that time of year again: April 15 is the annual Day of Silence where students across the country choose to spend the day without speaking in order to call attention to anti-LGBT bullying in schools. And this year, like every year, the anti-LGBT right is clutching its collective pearls at the very thought.

Laurie Higgins of the Illinois Family Institute is one such pearl-clutcher. She, along with the usual anti-LGBT suspects, is encouraging parents to pull their kids out of school on DOS lest they be indoctrinated with the message that it’s not OK to call a kid “fag” and push him down the stairs after gym.

“Parents should no longer passively countenance the political usurpation of public school classrooms through student silence,” Higgins writes on the IFI website.

Let me take a moment to point out that Higgins doesn’t really give a shit about public schools. The right have been undermining public education for years and support private charter schools where kids can learn that Jesus rode around on dinosaurs. You can go to the IFI’s website yourself and peruse the articles about education. Most of them are about how to keep transgender students out of locker rooms or about how great homeschooling is.

The Gay, Lesbian and Straight Education Network (GLSEN), which is responsible for the DOS, characterizes the event as “a student-led national event that brings attention to anti-LGBT name-calling, bullying and harassment in schools.”

Sounds like a worthy goal, right? After all, LGBT kids do get bullied a lot, and the suicide rate for LGBT young people is heartbreakingly high.

But not for Higgins. She takes issue with the DOS because, as she claims, it’s not about preventing bullying but is actually intended “to undermine the true belief that homosexuality and cross-dressing … are immoral.”

It’s an interesting take on the anti-bullying event as it implies that the only way to support “the true belief” that being LGBT is immoral is to continue to allow kids who bully their LGBT peers to keep operating with impunity. Also, cross dressing and transgender are not the same thing. But hey, the suicide rate for trans youth is even higher than the rate for LGB youth, so it’s extra nice that Higgins managed to bully them while making her point that bullying isn’t the real issue.

“The rhetoric of ‘safety’ … substitutes speciously for the more accurate term of ‘comfort.’ To suggest that in order for those who self-identify as homosexual (or ‘transgender’) to be ‘safe,’ no one may disapprove of homosexual conduct is both absurd and dangerous.”

I agree that such a thing would be absurd, except that such a thing is not actually a thing. Let me start with the issue of safety versus comfort. If a student does not feel comfortable at school because they face persistent unchecked harassment and bullying, that can, and does, erode the quality of their education. Higgins seems to think that the very idea of being “comfortable” at school is a laughable luxury when it really is fundamental to an institution of learning.

Also, to assert that “no one may disapprove of homosexual conduct” on the DOS is indeed absurd. For one thing, GLSEN includes in its DOS materials the fact that students who disagree with the DOS have a right to protest. But as GLSEN also points out, “Those who do not support the GLSEN Day of Silence often protest, but rarely contribute positively to finding ways to end anti-LGBT harassment.”

And that’s because those opposed to DOS aren’t actually interested in ending anti-LGBT harassment because they don’t want to even acknowledge that LGBT youth exist. DOS helps to make the invisible visible: the very real, very human LGBTQ students across the nation who are very much deserving of a safe and, yes, comfortable place to learn and grow. 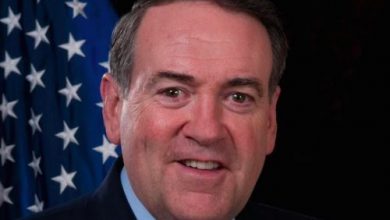