By D’Anne Witkowski
Ted Cruz is creepy. That’s not only a widely held opinion, it’s scientific fact. George Washington University neurology professor Dr. Richard E. Cytowic wrote in Psychology Today, “It’s hard to look at Ted Cruz’s face.” It’s kind of like that old joke: “Hey, does your face hurt, because it’s killing me!” Except Cytowic isn’t kidding. Cytowic takes years of experience reading faces and comes to the conclusion that Cruz’s face pretty much compels people to look away.
Of course, what a politician looks like isn’t really what matters (unless that politician is a woman, amirite?). What matters more is the company they keep and what they stand for. And if you’re LGBT or LGBT adjacent, you probably already know that Cruz’s face is the least of your worries.
Cruz is totally obsessed with transgender people right now. It won’t be long before be holds a press conference inside of a Target ladies’ room kicking open every stall door looking for “The Rocky Horror Picture Show” era Tim Curry.
He’s even sparring with Caitlyn Jenner, who posted a video on her Facebook page where she uses the women’s restroom at a Trump hotel. At the end of the video she looks into the camera and says, “By the way, Ted, nobody got molested.” Though I have to take issue with her use of “take a pee” three times in such a short clip — POINT MADE.
The Cruz campaign has been blasting Donald Trump for dismissing this whole transgender bathroom panic. In a campaign commercial, eerie music plays over a black and white image of some stall doors with the words, “Should a grown man pretending to be a woman be allowed to use the women’s rest room?”
The answer is, of course, “No.” Because that’s not even the issue here. Unless, of course, you believe — like Cruz — that transgender people don’t exist. They’re just loonies playing dress up and trying to take up skirt photos of your daughters and wife.
Then the video shows an image of Trump, also black and white, saying that he won’t take on “the PC police.” The ad leaves the viewer with Trump’s face next to the words, “He’s one of them.”
Now, is Cruz merely calling Trump a member of the “PC police,” or is he also kinda sorta insinuating that Trump is a cross-dressing predator?
“This is not a matter of right or left, or Democrat or Republican. This is common sense,” Cruz told CNN. “And frankly, the concern is not of the Caitlyn Jenners of the world, but if the law is such that any man, if he feels like it, can go in a woman’s restroom and you can’t ask him to leave, that opens the door for predators.”
Ah, yes. The concern is not of the Caitlyn Jenners of the world. What does that mean, exactly? Is Cruz saying that trans men and women can pee all they want so long as they “pass” in public? Because Caitlyn Jenner follows traditional feminine conventions — not to mention the fact that she has the money for plastic surgery, hormone replacement therapy and whatever else she needs — she can pee where she wants?
Everybody else? Pee at home. And only at home. No, seriously. That’s Cruz’s position on this issue. Problem solved. Everybody go home. Literally.
But don’t worry, Cruz hates LGB people, too. His list of endorsements reads like a Creep of the Week Family Reunion. He’s a man who isn’t afraid of the hate in his heart. Not to mention the fact that he has a scientifically ugly mug. 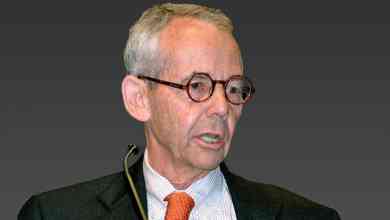