Utah joined ten other states in a federal lawsuit filed Wednesday that challenges the recently announced Obama administration instruction that public schools are to allow transgender students to use the school facilities that align with their gender identity.

The lawsuit was filed in the U.S. District Court for the Northern District of Texas. The states of Texas, Georgia, Alabama, Wisconsin, West Virginia, Tennessee, Oklahoma, Louisiana, Utah and Georgia, as well as Maine Gov. Paul LePage and Arizona Department of Education are plaintiffs in the suit.

The federal guidelines were announced May 13 after intense debate over a North Carolina bill that called for people to use the bathroom that corresponds with the gender they were assigned at birth.

Obama’s directive was met with resistance from Republicans, including Texas Attorney General Ken Paxton who threatened a lawsuit almost immediately after the announcement.

Utah Attorney General Sean Reyes signed on as plaintiff in the suit. He also signed onto a amicus brief earlier this year demanding the Fourth Circuit Court rehear a case regarding a transgender Gloucester High School student.

According to a release from the ACLU, the Gloucester ruling marks the first time a federal appeals court determined that Title IX protects the rights of transgender students to use sex segregated facilities that are consistent with their gender identity. 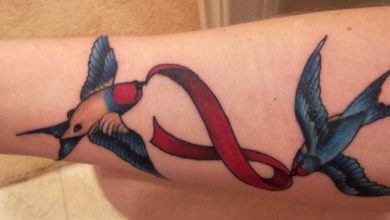 Refused a tattoo for being HIV-positive