The road to breakfast is fraught with danger and excitement.

It was 1985. I was in Logan, Utah attending Utah State University and, as we all know, I’m a little larger-than-life queen. You can call me many things, such as “Plentiful, Heroically Proportioned, or even Colossal,” but never call me late for dinner. In fact, I enjoy food so much that during my tenure at USU, I took a job in food services — if only for the discount.

And it came to pass, I was slaving away as a student supervisor in The Hub, a campus eatery deep in the basement of the Student Center, beneath the movie theater. In February, the Student Activity Board (STAB) planned an all-night party in the Student Center, to be called STAB IN THE DARK. There were three different dances, three different movies, a magician, free bowling, billiards and many other activities. I was assigned to open The Hub to serve a midnight breakfast to the revelers. I always liked working these kinds of events because the eye candy was usually extensive and impressive. They estimated that this party was attended by at least 4,000 students. I was excited, because If I didn’t get caught staring, my eyes were in for a plethora of hot frat boys and jocks.

Being the ever-efficient princess-in-training, I arrived at 10:30 p.m. and began preparations. I first switched on the lights, grill and deep fryer, and then began the pancake batter, among other preparations. At about 11:30, as I was pouring maple syrup, the cashier came running into the kitchen and yelled that there was a fire out front. I quickly ran out to see that the deep fryer was fully engulfed in flames.

Oh no! I worried the extra heat would make my mascara to run. I deftly grabbed the nearest fire extinguisher and pulled the safety ring, trying my best not to chip a nail in the process. I carefully sprayed a little of the chemical, as I did not want to create a huge mess because we were supposed to open in a half hour. The flames were unwavering. Now, in panic mode, I emptied the extinguisher. The immediate flames in the fryer were dowsed. I breathed a huge sigh of relief. Then we heard it, the fire was rumbling and crackling in the hooded vent system in the ceiling where we couldn’t even see it.

I told the cashier to go to the office and call the fire department. I then went and found the fire alarm and pulled it. Nothing happened.

The cashier came back out of the office yelling that the fire department’s number was a fill in the blank space in the telephone book cover, and was empty. Keep in mind, this was years before 911 service.

As smoke began to trickle down from the ceiling tiles, I yelled at her to keep trying and I was going to find another fire alarm. I scrambled into the dining room and pulled another alarm. Nothing!

I ran into the hall and pulled another alarm. Silence!

I ended up pulling about ten different fire alarms, to no avail. I scurried back to the kitchen; by this time the smoke was getting thick and large black drops of melting ceiling material were dripping on me.

The cashier said that she had finally contacted the fire department and told them to hurry because the theater just above us was full of people. Then we escaped out the rear door, in time to see the flames exit the venting system, and rise at least 150 feet up the side of the building, higher than the windows of the Sky Room on the fourth floor.

Unbeknownst to me at the time, the pull alarms were not connected to the emergency sirens because they would have overloaded the system and caused a fire. But each time I pulled an alarm, a light would go off in the fire station, thus they believed the whole first floor was ablaze.

People listening to their police scanners heard this call: “The Student Center is on fire. The entire first floor is fully involved. There are thousands of people trapped in the theater.” They called in fire departments from Brigham City, Hyrum, Logan, Wellsville, Smithfield, Richmond and Preston, Idaho, with Pocatello and Ogden on standby.

I began to feel a little bit of comfort as I heard the first siren approaching. I escorted the firemen into the chocking black smoke to show them where the electrical panels were. They efficiently evacuated the building and extinguished the fire.

The next morning, the State Fire Marshal came to investigate. Initially all blame was aimed directly at me. He blamed me for not filling the fryer and leaving the electrical coils exposed. Luckily for me, the cashier had witnessed me filling the fryer and two other employees testified that the thermostat had been malfunctioning.

The Hub was closed for over a month, with tens of thousands of dollars in damage. I ended up coughing up black tar balls for three weeks. Upon closer examination, the curtains upstairs were singed at the bottom. The fire had come within moments of jumping floors.

This story -leaves us with several important questions: 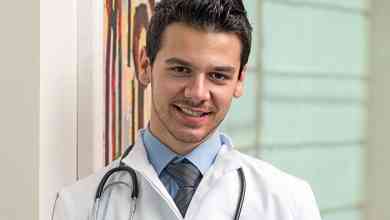 A tale of when Hell froze over

The Tale of Drilling Me