With the massacre of men and women at a gay club in Orlando barely behind us, one could perhaps be forgiven for thinking that this horrific hate crime had inspired some soul searching for members of the United States House. You know, “We are Orlando” and all that.

But you would be wrong. The House is one of the most dysfunctional and unproductive in history, which is no surprise considering their primary focus has been on hating President Obama and giving reach-arounds to the rich.

But they’ve always got time for discrimination against LGBT people. Right now the House Committee on Oversight and Government Reform is kicking around the “First Amendment Defense Act” (FADA) which, you guessed it, uses “freedom of religion” as a shield for anti LGBT bias.

According to the House summary, FADA “prohibits the federal government from taking discriminatory action against a person on the basis that such person believes or acts in accordance with a religious belief or moral conviction that: (1) marriage is or should be recognized as the union of one man and one woman, or (2) sexual relations are properly reserved to such a marriage.”

By “discriminatory action” they mean that the federal government can’t fine, revoke tax-exempt status, deny grants or contracts, or deny any federal benefits to a person who is blatantly discriminating against LGBT people as long as that person claims that Jesus made them do it. (I know it says “regardless of religious affiliation,” but I have my doubts that FADA’s supporters are totally embracing Muslims here).

It’s not hard to see why “flail and panic” bills like FADA (and like the laws we’ve seen pass in states like North Carolina) are popping up at all levels of government. Conservatives are hella pissed about marriage equality and this is their way of stomping their feet and gnashing their teeth. In other words, it’s a legislative temper tantrum.

FADA’s sponsor, Raul Labrador (R-Idaho), has a storied anti-equality voting record. In fact, the Conservative Review gives him a “Liberty Score” of 95, which means he’s an A student on the right. Conversely, he has a zero on the Human Rights Campaign’s Congressional Scorecard.

Back in April, Labrador told News Radio 1310’s Bill Colley, “We’re just trying to protect the individual from punishment by the federal government for believing in a particular belief system.”

This is not exactly accurate. FADA defines “person” as “any person regardless of religious affiliation, including corporations and other entities regardless of for-profit or nonprofit status.” Well, that about covers it.

In the interview Labrador referred to marriage equality as “something that our culture up to recently did not accept, and frankly I still don’t believe that it accepts because it was five robed justices that made that decision, it wasn’t the states that made the decision.”

Mind you, if the case had gone the other way I have no doubt he’d be singing the praises of those robed justices.

In a press release from last year (injustice and justice alike often move slowly) Labrador said, “Our bill ensures that the federal government does not penalize Americans for following their religious beliefs or moral convictions on traditional marriage. Our bill shields against federal intrusion without taking anything away from anyone.”

Without taking anything away from anyone? Well, I suppose if you don’t consider civil rights a something and don’t consider LGBT people, well, people. It’s convenient to present this bill as if it’s just maintaining some harmless status quo, but in reality it provides sweeping protections for anti LGBT bigotry. Bigotry that taxpayers would essentially be subsidizing. 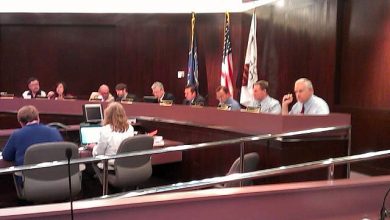