Sit on your throne as the reigning prince of homemade homo pool parties with these tips on how to throw the dippiest, drippiest Sunday Funday this side of Fire Island.

If you and your friends are often mistaken for CrossFit poster boys, that’s awesome – you win at life. The rest of us, however – well, we’re rather ordinary with ordinary-looking friends, and if we’re to host a pool party of legendary proportions we have to bring in the big guns. Invite your besties, of course, but also extend invitations to all the eye candy you know better in your dreams than you do in person. Enlist your pals to invite their network of gym bunnies and bubble butts, and don’t be afraid to make a few new friends by asking some of your strictly social media acquaintances to pop by and say hi – shirtless.

A great way to dictate a dress code (so nobody shows up wearing cut-off jorts like your Uncle Rick and his mooseknuckle are prone to do) is to establish a pool-wear theme. Board shorts alone could be the order of the day – if you’re into that unimaginative bro-on-the-beach kinda vibe (and who isn’t!?) – but you can get infinitely more creative. Try a fruits-and-foodie theme, for instance, where your guests are asked to don edibles-inspired gear, like the hospitable pineapple-print trunks from Jack O’Neill or the suggestive burgers-and-hotdogs swim briefs by Addicted at Bang+Strike.

Put a Couple Muscle-Bound Mixologists Behind the Bar

When I throw parties, I often employ pec-baring bartenders to take care of my guests’ libationary needs. If I’m to have the kind of time I deserve to have after cooking, cleaning, and crunching my abs to rippled perfection, I don’t plan to spend it behind a bar squeezing limes into a lifetime supply of vodka tonics. Maybe you have a hottie friend who’s hard up for cash who’d like the gig. I’ve also found it easy to hop on Craigslist and post an ad in the gigs sections for inexpensive labor that ultimately kicks my fete up a notch.

Any great gay party – underwater or otherwise – is as much about the ambience as it is the music, and you’d be wise to do your research when creating the ultimate playlist. You’ll need throwback summertime staples from the Beach Boys, Don Henley and Bananarama; a few queen-tested-queen-approved anthems like the “Y.M.C.A.” and Gaga’s “Just Dance”; and samplings of fresh joint’s like J Tim’s “Can’t Stop the Feeling!” and literally anything by Shamir.

There’s a penis pool float with your name on it over at Amazon if you don’t mind wading through the – gasp! – bachelorette party section. If you’re feeling particularly adventurous, hunt down the skinny-dipper ring toss game that’s played exactly how you think it is.

Have a Plan to Transition From Day to Night

Don’t let the party stop when the sun goes down. After dark is the best part of partying with half-clad men who’ve been day drinking, and you should take full advantage of the opportunity to get to know your guests more intimately by preparing for an all-nighter. Light a few torches, fire up the grill and offer plenty of fresh towels so your guests can stand around in VPL-enhancing terry cloth while they hunt for a late-night Lyft – which is what you’ve been waiting for all along. 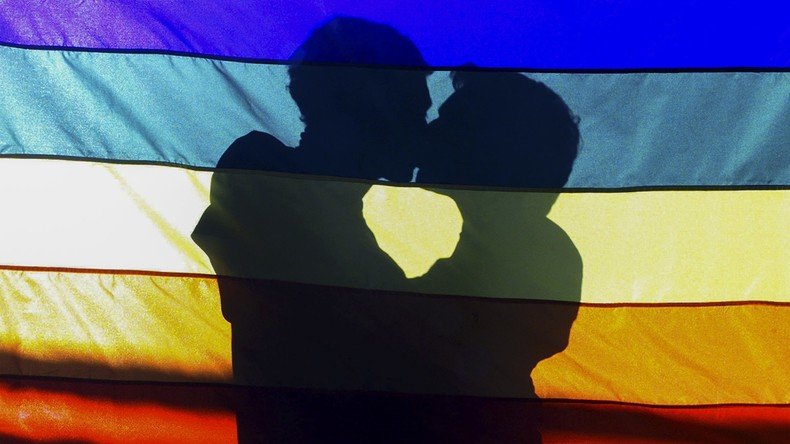 4 Reasons You Need to Move Gay French-Canadian Film ‘1:54’ to the Top of Your ‘Must Watch Now’ List

5 Reasons Why You Need to Attend More LGBT Film Festivals