For more than 20 years as a leading man, rom-com vet Hugh Grant has been the object of many actresses’ (and, yes, even some actors’) affection. But get this: He’s also been an actress himself.

As a kid, the actor’s feminine features earned him numerous lady roles in plays he and his classmates performed at London’s all-male Wetherby School.

“This was a necessity,” he says of his gender-bending days. “It was dictated that some of us had to become little actresses and, yes, I was particularly moving as Brigitta von Trapp, one of the von Trapp daughters, in _he Sound of Music.”

The role, he enthusiastically notes, entailed a full-on drag transformation, with your mom’s ’90s movie crush “in a white dress with a blue satin sash.”

You’re thinking: Is this really the same Hugh Grant who charmed Julia Roberts as a bookshop owner in 1999’s Notting Hill? Who was Sandra Bullock’s pompous boss-turned-lover in Two Weeks Notice? Who famously played Daniel Cleaver and swept Renée Zellweger off her feet in Bridget Jones’s Diary? Who danced down a set of stairs to The Pointer Sisters’ “Jump for My Love” in Love Actually and then won over Natalie (Martine McCutcheon) and everyone who wished they were Natalie? (Hey, that dance scene was epic.)

Yup, same Hugh. Because before becoming the lady’s man he was, well, the lady.

“In my teenage years, I was very girly,” Grant says, “I remember when I used to go on a French exchange in Paris and all the locals called me ‘mademoiselle’ because they thought I was a girl.”

Did his femininity ever call into question his sexuality?
He ponders before settling on a response. “No. They just thought I was a girl. I looked like a girl, let’s face it. I had long, very dodgy ’70s hair.”

Fast forward 40 years and “I look like a scrotum now,” he zings.

Yes, folks: Tell your mom that Hugh Grant thinks his face looks like a man’s genitals. When I assure him that his face is not scrotum-like, he replies in his dainty English accent, “Very well. Thank you for cheering me up.”

Whether he truly agrees is uncertain, but now 55, the actor’s self-proclaimed ball-sac face makes a welcome return to the big screen in Florence Foster Jenkins. The actor portrays shoddy actor St. Clair Bayfield, who lets his equally-untalented wife, the film’s eponymous Florence, a well-intentioned socialite, believe she can sing.

According to the Oscar-bound dramedy, which is loosely based on the real-life Jenkins, their marriage was open, and after tucking Jenkins into bed, Bayfield spent his nights getting frisky with a much younger woman.

“I think it’s certainly possible to love – to properly love – different people in different ways simultaneously,” he says. Suddenly realizing that statement is essentially a summary of his own romantic life, Grant unleashes a tickled laugh. “I’ve always been an advocate of that, and sometimes I think the only reason (director) Stephen Frears thought of me for this part was, he thought, ‘OK, who do I know who has a very unorthodox domestic life? Oh, Hugh.’”

I joke that the film, then, is a documentary. He snickers and playfully agrees. The film’s subversive nature, he adds, may “speak particularly to the LGBT community.”

The topic of open relationships – or any union that breaks tradition, really – is one Grant’s clearly interested in speaking about, so he gladly elaborates: “I felt like the script and the film was kind of a celebration of unorthodoxy and of the very strange shapes that we fall into in life, in ourselves and in our relationships. It’s all great as long it’s done with passion and love, and so yeah, I think that’s what the film is.”

He’s not done with his telling discourse, fortunately.

“I’ve never really understood why people should think men and women or men and men or women and women have to be in 40-year monogamous relationships and that that’s the natural state of human beings, because I’m pretty damn sure it isn’t,” Grant insists. “I think it’s just a social norm or the ghost of a religious norm being passed down, and I’m not entirely sure it’s a recipe for happiness.”

The same could be said about Maurice, Grant’s 1987 film that brought the actor closer to the queer community after he portrayed Clive, a repressed gay man living in early 20th-century England. As Grant puts it, “My character ends up married and smug with a mustache, but you can tell everything is being bottled up.”

To this day, the movie is held in high regard, mentioned alongside Torch Song Trilogy and My Own Private Idaho in Steven Paul Davies’ book Out at the Movies: A History of Gay Cinema as well as in Alonso Duralde’s 101 Must See Movies for Gay Men. For Grant, its legacy within the LGBT community is a revelation.

“I didn’t realize that it had that status!” he says, laughing. “But I’m very pleased that it does, and I’m sure that (the book’s author) E. M. Forster would be very pleased that it does. After all, it was a novel he wrote and kept under his bed for many years, and it was only published after his death because he was too nervous of the law to publish it during his lifetime. I think he’d be pleased that it’s struck a chord now.”

Several gay roles followed Maurice, including Grant’s turn as a gay director in the obscure backstage tragicomedy An Awfully Big Adventure, released a year after his big rom-com break in 1994’s Four Weddings and a Funeral. Earlier, in 1991’s TV movie Our Sons, the actor played Julie Andrews’ son James, the lover of an AIDS-stricken man.

Reflecting on his gay roles from the late ’80s to the early ’90s, a time when taking on such parts could be considered taboo, he says, “Maybe it was considered fractionally more daring to do that, but it didn’t feel daring to me.”

Though LGBT-themed narratives have thankfully evolved beyond AIDS as a death sentence (because it’s not) and forbidden love (because it doesn’t have to be), Grant contemplates whether an out gay actor could rule the same genre he did for over two decades. Is the world ready for a gay Grant?

“We’ve had straight men playing gay men in romantic situations, but I’m struggling to think of an out gay actor playing a straight relationship in a high-profile film,” the actor says.

Grant doesn’t come up with any names because they don’t exist. Yet, that is. 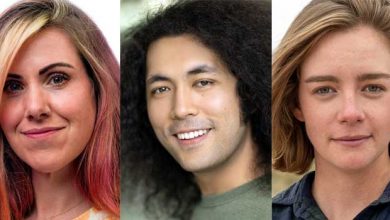 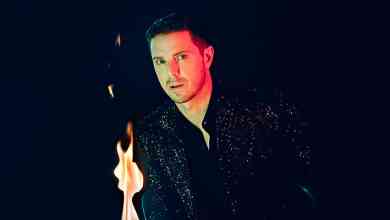