When we celebrate allies we often focus on politicians bucking their party to sponsor or vote for pro-LGBT legislation, clergy on the forefront of marriage rights, or celebrities lending their fame to fundraising and awareness campaigns. Please don’t get me wrong, these people deserve our accolades. However, as important as their support is, true equality comes from everyday people standing for what’s right. In my opinion, these are the unsung heroes. They are not powerful. They are not influential. They are not rich. They do not seek the limelight. They take action simply because they believe in doing what is right, and that everyone is created equal.

Take for example, my mom. One day she went into the head priest’s office to have Gus’s baptismal certificate signed.  As he began to fill out the certificate, the priest – who had not been at the baptism and had only met me casually a couple of times before – asked my mom my wife’s name. Now my mom could have answered, “Kelly” and let sleeping dogs lie. It is, after all, more commonly a woman’s name.

But she didn’t; she looked the priest squarely in the eye and said, “He doesn’t have a wife. Gus has two dads. Do you have a problem with that?” As it turned out, he didn’t, and it was he who told me this story about my mom.

You could argue my mom has a horse in the race for equality: her son. But my colleague and friend, Levy doesn’t.

In the first week of meeting her, I discovered Levy has worked diligently on LGBT issues. No, she’s not lesbian. No, she doesn’t have a gay brother or a lesbian best friend. Levy works tirelessly for gay rights because she believes it’s the right action to take. To me, that’s the true definition of an ally.

Even more inspiring, Levy has jumped head first into other LGBT issues like the Transgender Inclusion Project (TIP), which works to build transgender power in Utah. It’s not too surprising, I suppose, that this straight ally knows far more about Trans* issues than a lot of gay people – myself included.

But this type of active involvement isn’t for everyone. It’s taken me a long time to recognize that the smallest steps can be the most powerful like my straight high school buddy Jeff – now a teacher in the rural part of the state – immediately recognizing the need to change student forms from “mom” and “dad” to “parent.”

And I see this type of silent support every day at work with my friend Julie.  I think her simple support is the result of living an important tenet of her LDS faith – one shared by every religion – “Do unto others as you would have them do unto you.”

It’s really the little steps she takes every day, like asking what she can do to help me leave the office sooner so I can be home with my family. Or always considering how anything – from the stress at work to my travel plans – is going to impact Kelly and the boys. When Kelly donated his kidney last November, Julie made sure there was a plant waiting for him from the office when he got home. Most off all, this quiet, unassuming ally always reminds me that, in her opinion, Kelly and I are great parents.

So as we celebrate our allies, I raise my glass to those with power, influence and money. But I raise my glass higher to those who make our lives better and more equal every single day by the simple action of doing what is right. 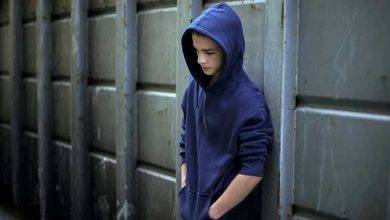