I just finished watching the first debate between Hillary Clinton and Donald Trump. The expectations for her were very high. The expectations for him, not so much. What I witnessed tonight was a man proving, unequivocally, that he is completely unqualified to hold any office, let alone the highest office in our country. It was, to use political science terminology, a real shit show.

LGBT issues weren’t discussed in the debate, but Trump did defend his hatred of Rosie O’Donnell.

“I said very tough things to her and I think everyone would agree that she deserves it and nobody feels sorry for her,” he said.

Yeah, like after O’Donnell got engaged in 2011 and he Tweeted, “I feel sorry for Rosie’s new partner in love whose parents are devastated at the thought of their daughter being with @Rosie–a true loser.”

Surely “everyone” agrees, but only if “everyone” is as terrible as Trump.

Here’s a newsflash: LGBT voters are not particularly enamored with Trump.

According to an NBC poll released Sept. 26, a whopping 72 percent of LGBT voters support Clinton. Wait, did I say “whopping?” I meant measly. WTF, y’all? This should totally be 100 percent. Oh, wait. I almost forgot about Milo Yiannopoulos. Make that 99.9 percent.

That Clinton is ahead here is not a surprise. LGBT folks tend to vote for Democrats, which makes sense. Trump has tried reaching out to LGBT voters, but any efforts became null and void when he chose the notoriously anti-LGBT Mike Pence to be his running mate. And the Democrats are, after all, the only major party that acknowledges them as human beings deserving of rights and worthy of love. The Republicans, on the other hand, think that LGBT people exist solely to make life difficult for Christian bakers, florists and website designers.

As Clinton wrote on Sept. 19, “When (Trump) talks about making America great again, it’s code for taking America back to a time when many of us — women, people of color, immigrants, LGBT Americans, people with disabilities — were marginalized, ostracized and treated as less-than.”

In other words, Trump and Pence represent the worst parts of America. They’re appealing to straight, white men who are reeling after seeing even a modicum of their privilege slipping away. And he sure as hell isn’t going to stand for a bunch of “losers” taking away what he believes rightfully belongs to men like him.

Clinton, on the other hand, has a much more inclusive vision for America. She’s promised to “make sure that no special interests can get in the way of protecting and expanding civil rights, LGBT rights and all human rights.”

Make no mistake that Trump represents a backsliding of progress in this country. Not just for LGBT people but for anyone considered a minority. The fact that so many anti-LGBT stalwarts are united behind Trump is very telling. Add that to the white supremacists who are ardent supporters and Clinton’s “basket of deplorables” comment starts to look a little too kind.

There are always going to be people who support him even though he is a semi-sentient spray tan. Republicans are uniting behind him because they want to see Supreme Court nominees that would throw marriage equality and reproductive rights in the trash. Even if that means saddling the country with a completely unstable and dangerous leader.

Vote like your future depends on it. Because it does. 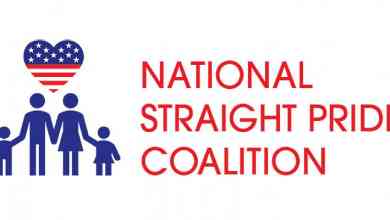 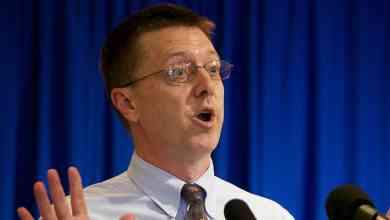