Hey, have you heard the one about Hillary Clinton? Yeah, she’s a lesbian.

I know what you’re thinking: That joke was poorly constructed and executed and was not funny at all. And you’re right! Because it is NOT A JOKE.

But don’t take my word for it. Just ask Larry Klayman, who made a name for himself representing women who claimed to have had affairs with Bill Clinton. He lays it all out in an insightful piece posted to World Net Daily titled, “Hillary’s Biggest Lie?”

Before you dismiss Klayman as an anti-gay bigot, know that he means no ill will!

“Let me make one thing clear,” he begins. “I totally respect a person’s right to live his or her life as he or she may choose, so long as no one is hurt as a result. And, that goes for someone’s sexual preference, even though homosexuality is not endorsed in the Bible, and it is not my ‘cup of tea.'”

See? He’s “totally” a respectful guy even if he doesn’t like “tea.” He says that gays and lesbians “are generally very nice and kind, and they have a right to be treated equally, not discriminated against. They should be frankly left alone to be what they want to be. That’s called ‘freedom.'”

Not sure why he puts “freedom” in “quotes,” but we’ll take what we can get! So far Klayman’s looking pretty fly for a right guy. Since he’s being so “nice” I can “totally” trust him and can’t wait to hear what he has to say.

“In today’s world, it is no longer a social stigma to be gay or lesbian, and as a result the Supreme Court has even ruled that they constitutionally are to be accorded the right to marry each other,” he continues. “As a result, I have much less respect for those gays and lesbians who continue to live in the closet and hide their lifestyle.”

Ah, I see. Apparently Klayman used to have some level of “respect” for closet cases, but now he doesn’t because the Gay Good Life is legal and discrimination is a thing of the past. Thank you, Mr. Klayman! I’m sure gays and lesbians everywhere will hustle forthrightly out of the closet into your waiting and loving arms.

But wait, there’s more: “Case in point, one Hillary Rodham Clinton, who has apparently lied about her sexual preference for decades to help pave the way for her presidential candidacy.”

The rest of his column is full of rehashed rumors and accusations that have been following Clinton for years (and yet somehow, after decades in the public eye, there exists no evidence that she is a lesbian. So I guess she’s a Ninja lesbian).

Klayman then writes, “[G]ays, lesbians and transgenders have to wonder why Hillary would call Republican presidential candidate Donald Trump a ‘racist’ against people of an alternative lifestyle, and then continue to lie about her own sexuality.”

I’m not totally sure what he means here, but apparently he thinks that black and brown people are “of an alternative lifestyle,” which makes sense since he’s white. And he apparently also thinks that LGBT people are going to buy his concern that Clinton isn’t a true champion of their rights since she’s “ashamed” to be one of them.

WND readers, however, bought his it hook, line, and sinker. The comments section is awash with people who think that Klayman is drinking the left’s Kool-Aid to dare say “nice” things about LGBT people. They apparently believe him sincere. I, however, do not.

There are also many claims in the comment pit that President Obama is gay and that Michelle Obama is a “tranny.” It’s no wonder that WND readers have no problem believing Hillary Clinton is a lesbian. They just think that Klayman should have been “meaner” about it. Klayman and these deplorables truly deserve each other. 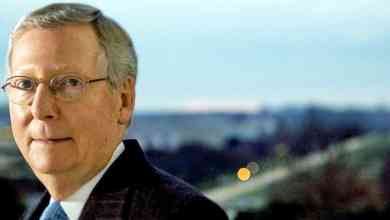 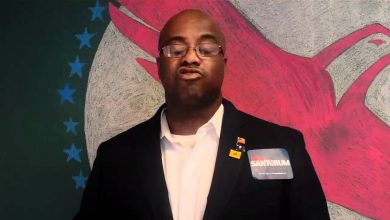 Creep of the Week: Stacy Swimp